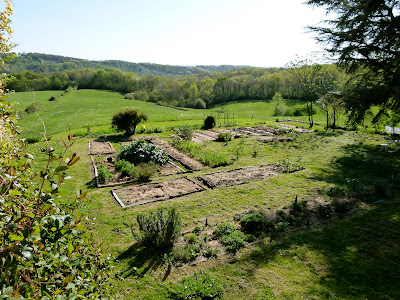 My potager. The geographic centre around which all my life revolves.
Fifth year of sowing, planting, composting, weeding and expanding the garden size and varieties. Its true that each species has become a member of my exclusive club as I keep the grains each year and the offspring of the year before become the plants and food of the new year.
April is the the first month when I really start to plant out whats grown in the greenhouse or sow seeds. I could perhaps start earlier but I really don't think anything is gained until the earth has warmed and with our  heavy, soggy clay the heating process is a little slower than elsewhere.
The ground has been grelinetted using our Grelinette made exclusively by Mr Andre Grelin. This marvellous contraption with its double handles and four teeth is used just to air the earth and not to dig because we certainly do not want to chop any of those hard working worms in two with a sharp spade and also the earth shouldn't be moved. There are two many creatures who have established their lives in every spadeful and they do not appreciate having their world turned upside down.
So I have nearly grelinetted the whole 600m2 of garden after cutting down my autumn plantation of Phacelia and oats which served as a useful weed controller and aired the soil over the wet winter months.
Jean Francois is carrying wheelbarrows of compost to the beds and mulching them over with straw.
So far I've planted out some Cima di Rapa or Rapini, Rocket, Spring Onions, Detroit, Chioggia and Golden Beetroot, Green Brocolli, Snake Radish, Fava Bean, Sweet Provence Peas, Cardoons, Sorrel and Yellow Doubs, Chantenay and Purple Dragon Carrots and thats only the tiniest proportion of whats to come. My greenhouse is bursting with pots and my 134 varieties of plants are ready to be sown or developing, with the aid of nettle tea and hot sunshine, lovely strong roots. 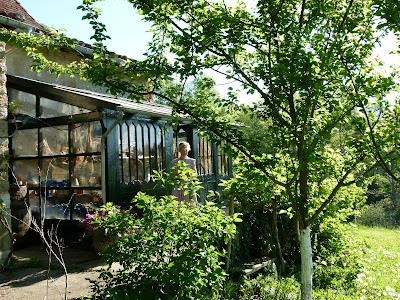 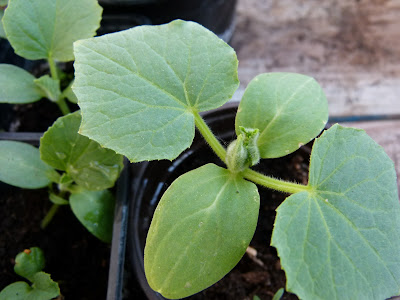 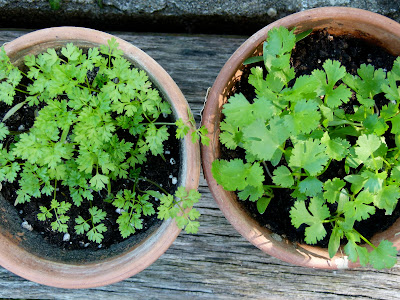 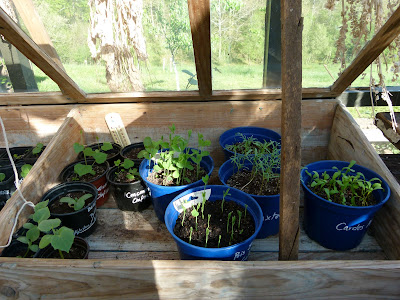 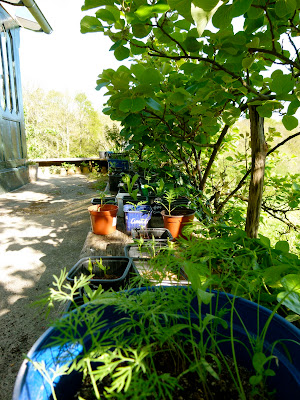 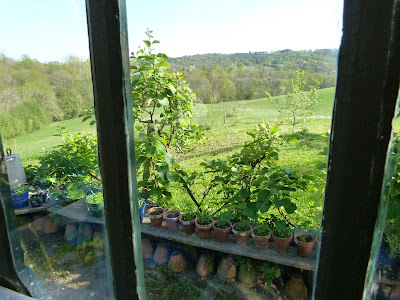 Its been such a strange start to the year here in the south west of France. Normally we have a cold January followed by a wet and mild early spring but this year, apart from a week of below zero temperatures, we've had continual warm days with little rain and today the thermometer is hitting 32° and summer is a long way off.  The ground has not frozen since early january and unless there will be some tsunami hitting the basque or the gulf stream turns off, I really cannot imagine another cold night ahead of us but of course nature works in the strangest ways and I could be caught out like I was last year and have my whole plantation of cucumbers frozen to pulp in one evening.
I've made a rough plan of where everything will be planted out which doesn't account for varieties and specific members of each family like a cabbage can mean Kohlrabi, Broccoli, Kale, Red Cabbage, Swede or Cauliflower and a carrot is not just an long orange vegetable but six different colors and forms. Radish can be anything from the simple 15 day Sezanne to the slow growing Green Meat variety that resembles a green kaleidoscope... 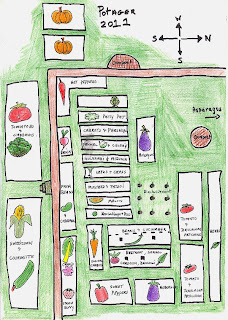 Its all so exciting but perhaps not for Jean Francois who is sacrificing good fly fishing hours to work for me in the heat ....
Posted by Unknown at 21:48