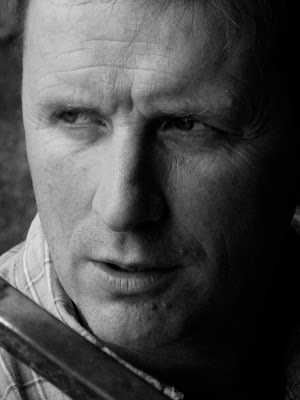 Alain Domini comes from Toulouse where he was brought up in a urban middle class household. After studying law for 2 years, he dropped out to become a shepherd in the the Pyrenean Mountains. He bought himself a dog named Black, a 20 hectare farm in Beyrie sur Joyeuse and found a girlfriend who likes sheep.
Today at the age of 43, he owns 70 Manex Basco-Bearnaise sheep that he milks by hand every day because he thinks that machines destroy the taste of the milk as you have to clean a machine out with chemical products that destroy the natural bacteria and taste and also he says that the link between the animal and the farmer makes the milk better. 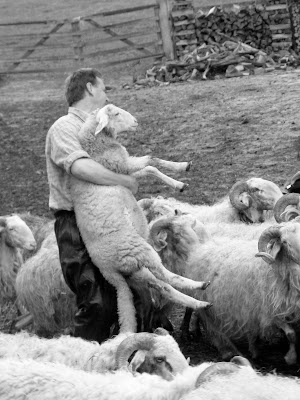 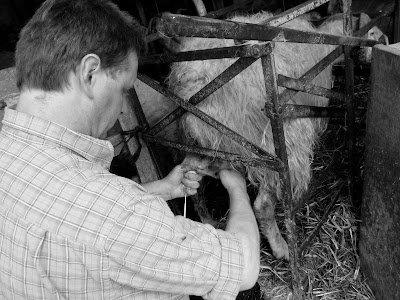 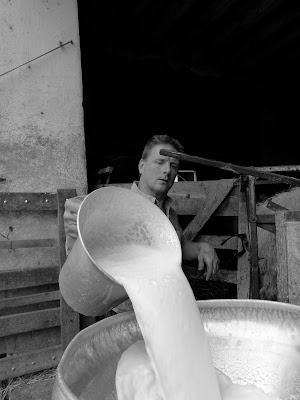 Every evening during the milking season on his farm down here in the valley, he spends up to three hours collecting the milk from the ewes while the rest of the day is spent converting this nectar into cheese and yoghurt. The season is short, as in June, he takes off with his animals to spend 3 months in the high mountains alone where he makes his tome de brebis. The girlfriend visits each week to bring him food and clean clothes and his parents probably wonder where they went wrong.
On Tuesday we went to see him to collect our first yoghurts of the season. They taste of wild flowers and honey and hazelnuts. They taste of his meadows. I eat them with pollen. Jean Francois eats 5 a day with jam and honey. I add them to soups and make them into sorbet. The 40 we bought is now down to 20 and we'll return soon to stock up again knowing that the season is too short and then there will be another year to wait.

Squeeze the lemon. Make a thick sugar syrup with the sugar and water. Add the lemon juice. Add the yoghurt little by little, whisking all the time to make sure there are no lumps. Freeze in a shallow container, stirring every half and hour or so or churn in an ice cream maker. 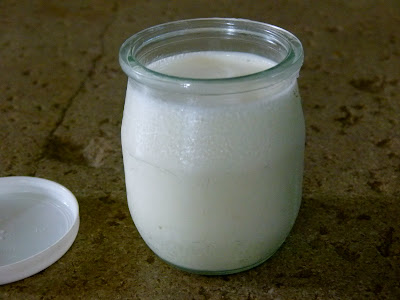