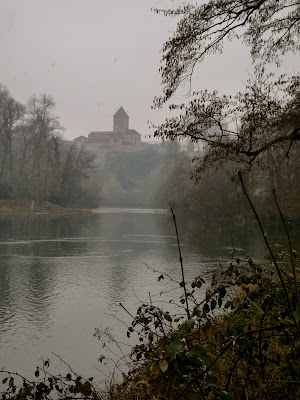 Every Saturday morning, on the Place de la Mairie, around 5 or 6 local producers gather to sell herbs, fruit, vegetables, cheese and soap. The perfect market for last minute shopping before general french close-down on Sundays and Mondays.
Mr Erban and his son make a tasty little sheeps cheese and fresh ricotta in the early summer months. 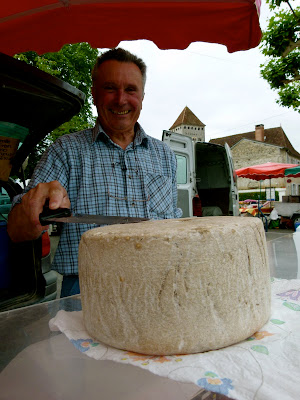 Annie and Paul provide the raspberries, that are just coming into season, aromatic herbs and fresh cut flowers. 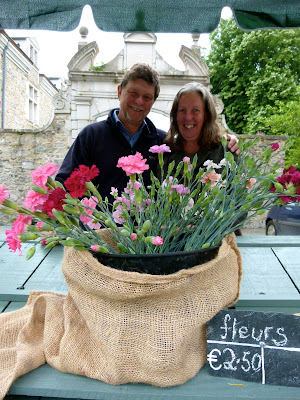 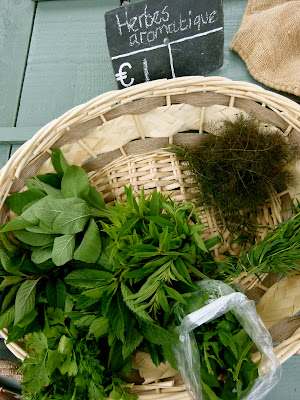 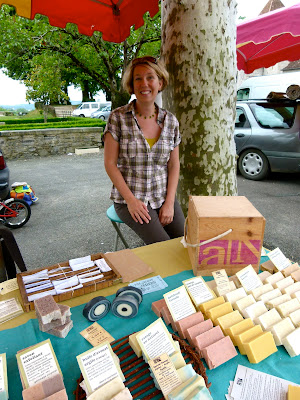 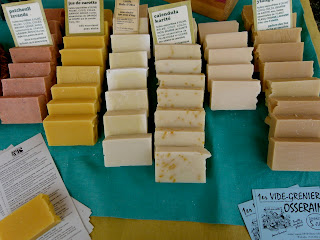 While Mr Filhon provides the carrots and potatoes.
Once the peaches ripen, we will have Mr Malégarie coming all the way from Monein with his sweet and succulent fruit and another lady who will arrive soon with her blueberries.
We are blessed in this part of France with a market every day of the week in each of the surrounding villages.

Sauveterre de Bearn is our nearest urban centre if a population of 1350 farmers and towns-people can be seen as urban... The town has apparently been around since the 11th century and is very pretty. Apart from the market, we have two pharmacists, a butcher, two newsagents, a droguerie (sells paint tins and sweeping brushes but not drugs) and a café.
In 1732 the Gave d'Oloron flooded and carried away the only bridge linking the village to civilisation and whats left is a piece of this fortified structure which was later used for throwing young ladies 15 metres into the river below to test their goodness. If they died - good riddance, as they were proved witches, and if they lived they were feted like the virgin mary for their goodness. Great Bearnaise justice! 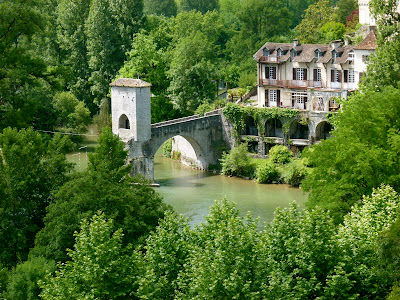 Better to act witchy in the summer months as the Gave tends to cool down somewhat in the winter. 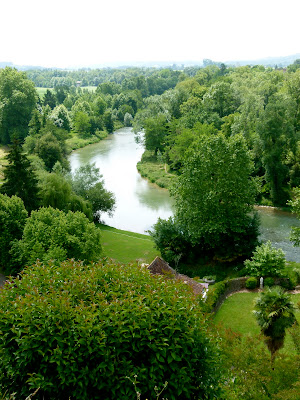 There is a church dating from the 13th century with a rich interior of sculptures representing "lies and cupidity", a door into the church meant only for the small, untouchable people called the Cagot who once existed and perhaps still exist within this small community and were kept at a distance from the fine people of the village who had so much to teach us about justice. 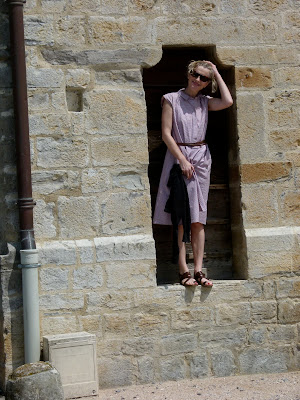 Apart from many other admirable vestiges from the middle ages there is also a defunct shop window display that has fascinated me since our arrival... 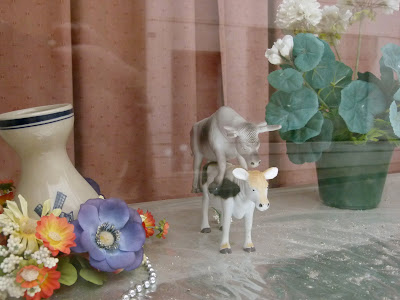