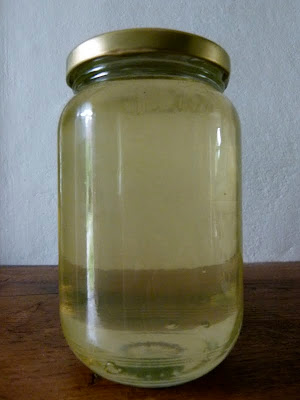 Its  light, liquid and lemony looking but tastes of the delicate Acacia (Black Locust) flower. Its really our first year to have a pure Acacia honey as usually in the week when the flower blooms, a big, bold storm arrives and knocks all the the petals to the ground but this year the two weeks of blossoms passed so calmly and the bees did a tremendous job.
Angela, our sweet friend, who helps us with the bees and harvest has just arrived with our 40 pots of half a kilo each, decorated with her own handwritten label. Next week we will have our chestnut and meadow flowers honey but nothing can beat acacia. 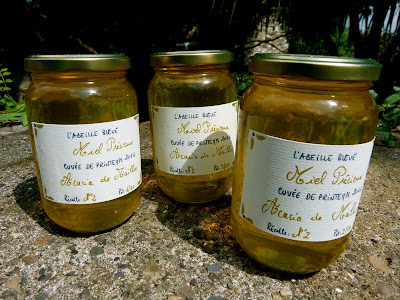 The honeybee travels to thousands of flowers delving its proboscis into their centres, dusting its knees in pollen, which is carried to further flowers, fertilising them and creating a most marvellous symbiosis .
70% of crops are dependent on them.
Its incredible to think that each bee carries just 0.06g of nectar (its nonetheless half of their bodyweight)  back to the hive, perhaps 20 times a day to flowers two kilometres or so from their home. This collected nectar is 75% water and just 17% honey. Once the bee is back at homehive the "house bees" remove most of that moisture by constant and repeated regurgitation and evaporation. Over a period of around 3 weeks, as the air in the hive circulates from the beating of the bee's wings, the nectar dries further until sufficiently concentrated to resist bacteria and mould. 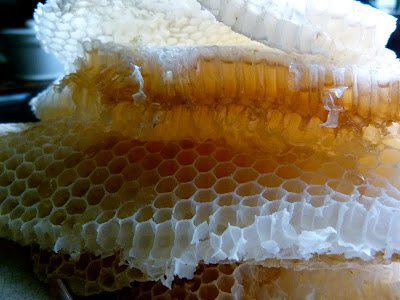 One bee would need to travel a distance equivalent to three times the circumference of the globe to produce one normal jar of honey.
Once July arrives, apart from the virgin vine and the odd flower in the vegetable garden, there is not enough to feed the 35 hives here in Mailhos so this week they have all left on holiday to the heather forests in the Landes and the sunflower (organic or course) meadows in the mountains where the chestnut trees are also still in flower. If they stayed here, they would have gone further afield to find supplies and ended up on the industrial maize and poisoned themselves on their pesticides. It was time to get them out! 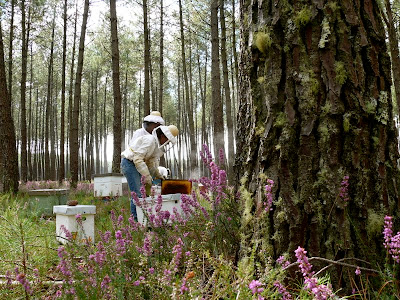 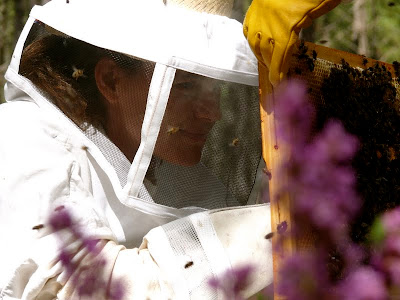 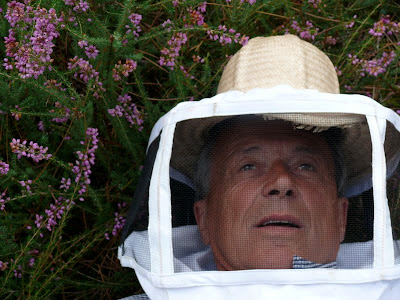 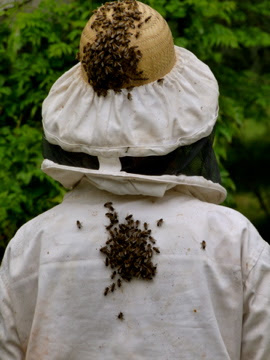 Honey is just fine on a piece of toast. I couldn't imagine heating or cooking it although its used to make cakes and glaze meat. Trickled over fresh figs or a day old goats cheese. Thats how far I can go...
Posted by Unknown at 16:48