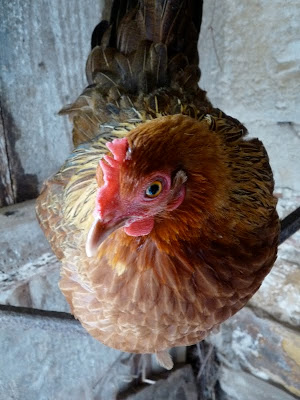 Honeybee is to be our mother hen of 2011.
Right now she is tucked away in a comfortable little basket, warming and caring for 7 eggs, overseen and protected by her brother and lover Yaya the rooster. 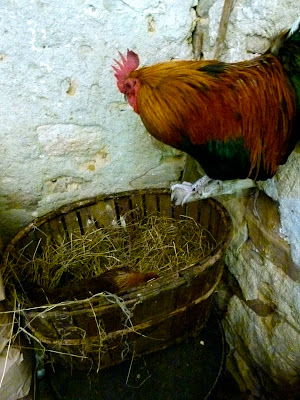 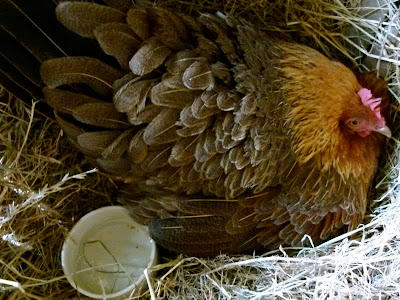 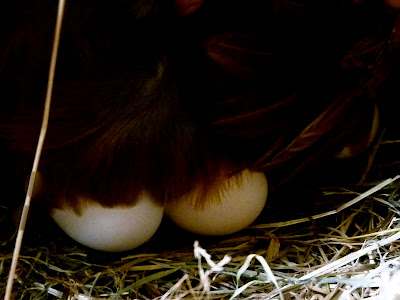 Honeybee was one of four chicks born to the very handsome and bronzed Aurore in 2009 but because she was golden and the other 3 were black, she was rejected by her mother and left for dead beside the basket.
She was saved by Carol and Jean Francois and installed on the kitchen Aga in a humble plastic sandwich box and fed diluted warm honey (hence the name) through a pipette, until she discovered her legs and from then on became the bane of both Spider and Jean Francois around the house until she was old enough to be reintroduced to her chicken family. 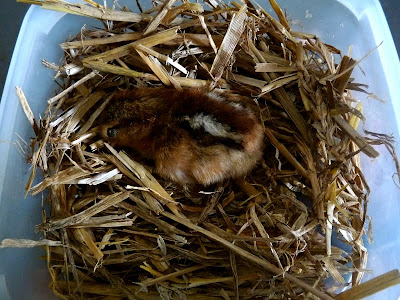 The problem with Honeybee is that I was her mother. The problem with me as a mother is that I didn't teach her how to defend herself, so for the past four years, when attacked by the other jealous females (because she is so gorgeous and sexy) she just drops her head and takes the beating. What kind of mother is she going to be? Will she defend her chicks? Will she teach them how to be zen babies or will she discover her true nature and teach them battle techniques? 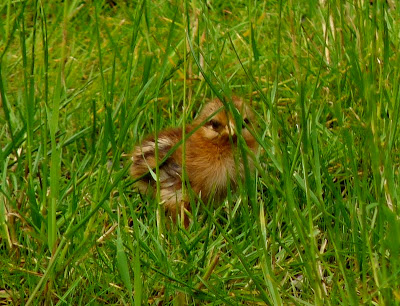 All will be revealed on the 23rd July when the 21 day gestation period is up.