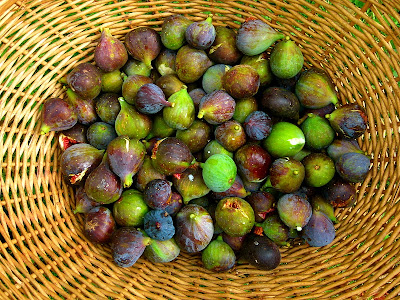 I remember arriving for the first time in Mailhos in 2005 and being enthralled by the size of the huge fig tree ripening its fruit to the north of the house; as an irish girl, a fig was exotic, an aphrodisiac and the south! This sprawling tree was one of the unsaid reasons why I wanted Mailhos.
I love fresh figs and I hate dried figs.
The first summer my sister, Valerie, came to stay with her five children, the figs were ripening early and within an hour of setting out laden with baskets, four of those children had survived half of the fig tree breaking in half under their weight and falling on the head of Jean Francois - a common accident in these parts. Since then through storms and other harvesting accidents involving myself, other brittle branches have broken off and the poor tree looks more like an aged amputated, invalid than the thriving tree I saw on my arrival. The figs are delicious though and plentiful despite its lack of members but I had heard that their were better varieties and within a year we had three more fig trees planted in our courtyard. 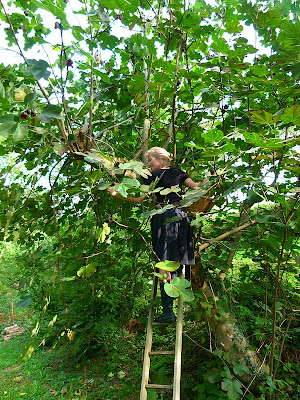 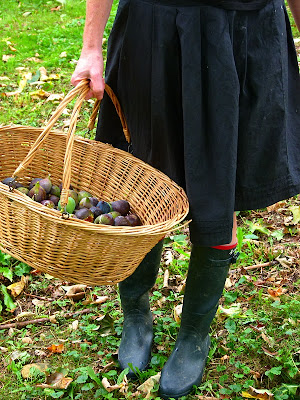 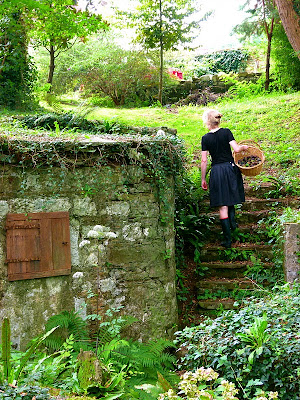 The original and now battered tree must be a the almost common Violette de Solliès which is found nearly anywhere in France but the new trees hail from this region and are straw-yellow coloured when ripe with orange flesh and syrupy juice. 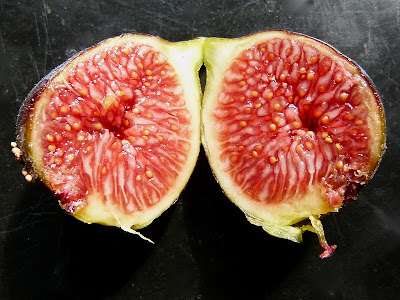 Slow to mature despite their southern exposition, they still make the most wonderful snack when crossing to collect eggs from my volatiles in their nests.
I've made jam and pickled them whole. I've roasted them with almonds, butter and sugar, sliced them thinly in a salad of herbs and even made fig ice cream but nothing can beat a fresh ripe fig straight from the tree with all its natural sugars intact. If they make it to the table they will be cut into quarters with a holy reverence and served with Anita's fresh goats cheese, a dribble of acacia honey and a sprig of fresh thyme. 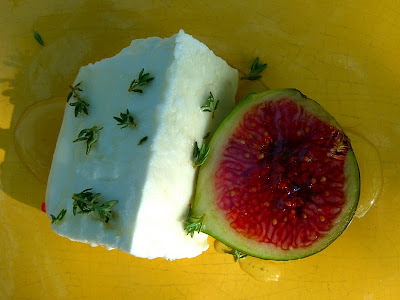 The main problem is that they tend to come in a glut and they are all ripe or rotting within a week or ten days. Luckily I have my old invalid facing north who ripens its fruits on a more leisurely basis and keeps my supply steady beyond this time.... I'll still have time to make a nice duck sauce. 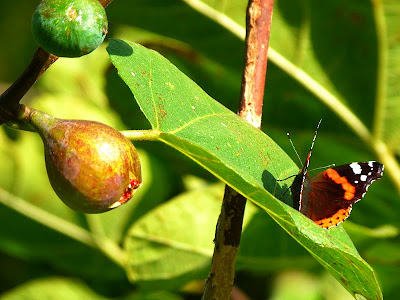