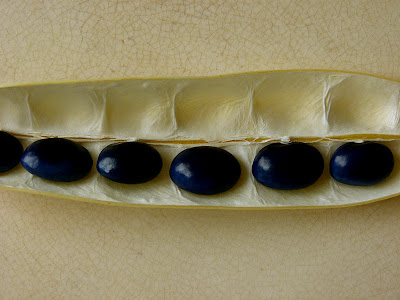 God How I Hate BLOGGER!
I wrote this post at 7am this morning and was so pleased with myself, I mistakenly pressed a deadly button and obliterated all photos and text and lovely blogger automatically saved the post making all my attempts at CMD-Z impossible to execute...

So what I was trying to say is that I've got lots of beans. Not green or runner but beans that you eat in cassoulet and ribolitas and from a Heinz tin! I've got buckets of those so when the economy collapses and banks close their doors and everybody is buying up stocks of pasta, we can eat beans!
Right now, after our fortnight of heatwave, we are dealing in pure glut - enough tomatoes for lots of baked bean sauce, plump aubergines, hot chillies spicing up, courgettes and cucumbers giving their last and the papery and crusty pods of phaseolus vulgaris drying in the warm, south wind. 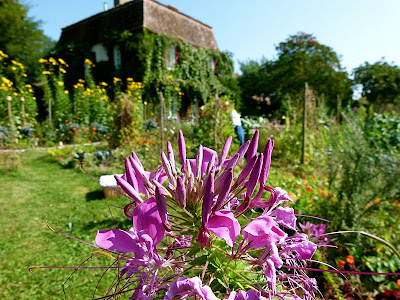 The italians may have their Borlotti but here in the Bearn we have our creamy white Tarbais or corn bean. Arriving through the pyrenees from Spain in the 18th century, at the same time as maize, in those dark gloomy years when famine was rife, to find the ideal climate and soil conditions for growth in these fertile valleys. The tarbais, like its mexican ancestors grows up a maize stalk and is protected at the root by pumpkin plants and their large leaves, which keep the ground humid and weeds at bay while the beans provide the nitrogen through nodules in their roots to feed into the soil for the maize and pumpkin to thrive. 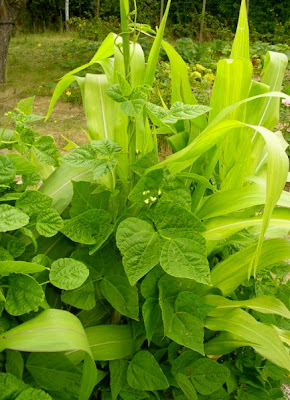 I don't do this because I no longer grow maize just sweetcorn that withers and dies long before the beans are ready, so like my green beans they use my twine wigwams to climb upwards towards the sun.
The seeds are planted out in early april and by august I'm eating bean salad. Once the young plant has fought off the initial vicious slug attacks, they become the lowest-maintenance plants in the garden. A nasturtium plant at it base keeps the aphids at bay and time does its work...
This year I've grown "A goût de Chataigne d'Echenans", "Pont de l'Abbé", "Scarlet Emperor" and a few others that I've kept from previous years with flowers as beautiful and varied from bright red or lavender and ivory. 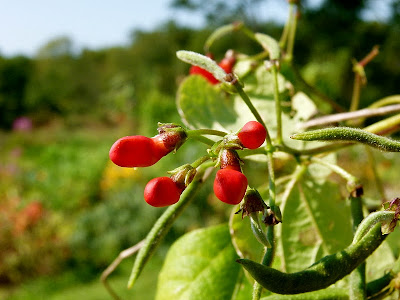 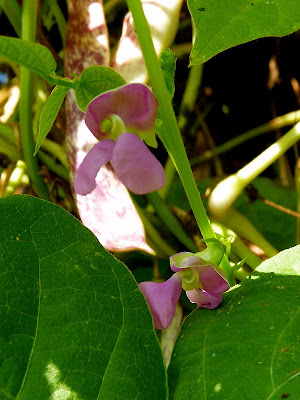 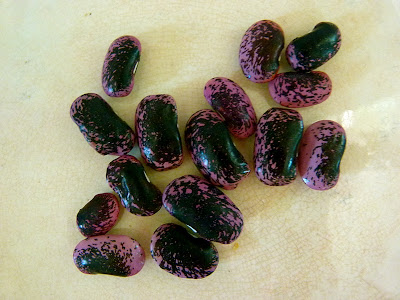 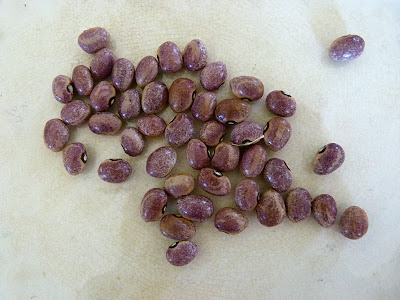 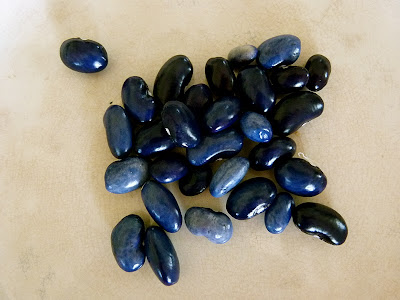 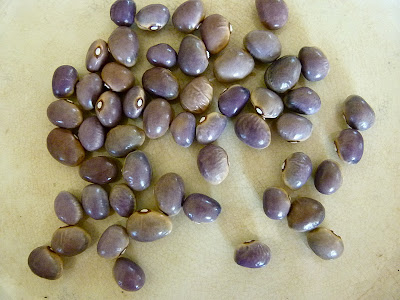 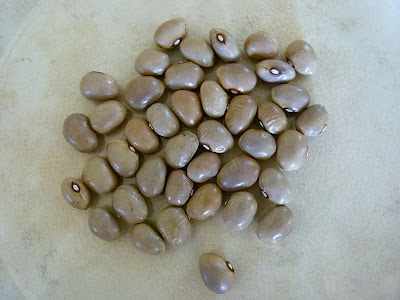 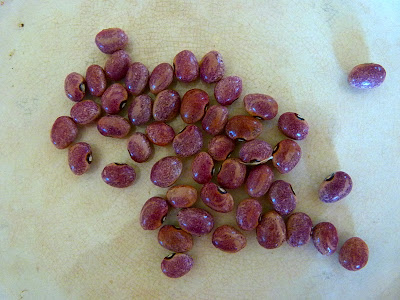 Some are small and button-like while my old runner beans are large and fleshy. When cooked they have a remarkable creamy and nutty flavour and are best fresh, seasoned and tossed with some good olive oil and a few drops of balsamic vinegar.
Right now all my wigwams look like origami sculptures in the wind. 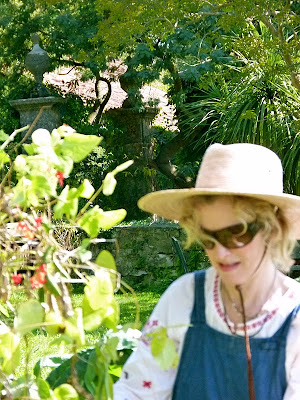 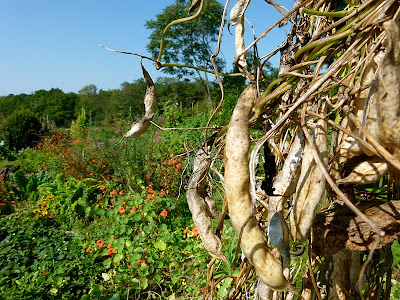 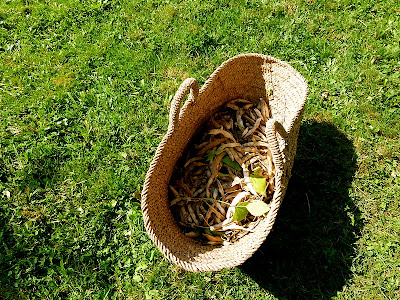 I'm gathering bucketfuls, tearing my already worn hands on the dry pods then airing them further on the aga and stocking them for the winter months to be used in cassoulet, soups and puree. Before cooking the beans need to be soaked for 24 hours in cold water and a pinch of bicarbonate of soda which makes them "wind free"! A further pinch in the cooking water reduces the cooking time and helps retain the colour.
In Bearn, we make garbure as soon as the first beans are available with whatever the garden has to offer in terms of root vegetables. The "lou trebuc" (the icing on the cake)  of this thick and nourishing soup is, of course, the confit...

My own Bearnaise Garbure

Heat the oven to 180°. In a large, thick-bottomed saucepan, gently cook the ham, onion, thyme and garlic in the butter for until soft. Add the stock, bring to the boil and  simmer gently for 30 minutes. Add the carrot, celery, beans, potatoes and turnip and continue to simmer for another 30 minutes .  In the meantime place the duck confit in a baking tray and place on the upper shelf of the oven and cook until golden and crispy.  Add the cabbage  to the soup and simmer for about 15 minutes until the cabbage is tender.  Season the soup and serve with a fine duck confit surrounded by the vegetables. 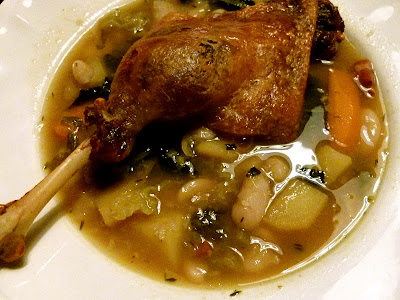