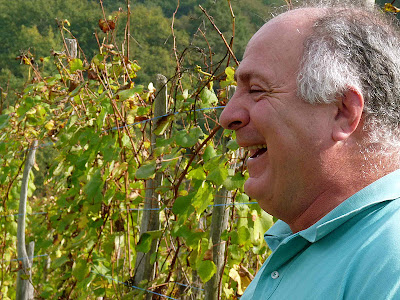 Charles Hours is a larger than life, ex-rugby player and teddy-bear man who makes some of the finest wine in the Jurançon.
Jurancon is an important wine region of France, half an hour by car from Mailhos, renowned for its honey-tasting wine made from the Petit Manseng grape and its dry wine from the Gros Manseng with a hint of the Courbu.
In 1983, Charles bought the vineyard, Clos Uroulat, and today he owns 7 hectares of vines and works 15 biodynamically. 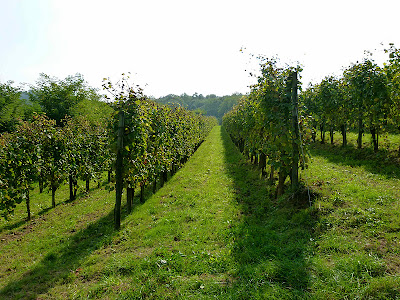 Clos Uroulat lies at the foot of the pyrennees and despite its continental distance, the weather is influenced by the oceanic climate of the coast. The rain is endless in the early spring, its relatively cool,  while the autumn is dry and hot. This is the period when the Foehn wind rises from the mountains to the south, to dry the grapes and concentrate the sugars and aromas. while the cold nights give the fruit their distinctive acidity. To avoid spring frost, the vines are raised 3 metres high from the ground on trellises. Monsantos Round-Up is nowhere to be found here, the grass grows freely between the vines while the grapes are cared for naturally! 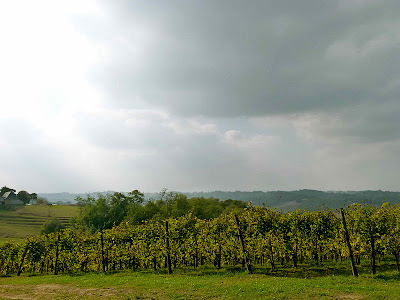 His dry, Cuvee Marie is made up of gros manseng and a hint of the courbu grape grown on a 3 hectare site facing south-east. The soil here is made up of layers of chalk and clay mingled with river pebbles. The grapes are manually harvested, gently crushed and transferred to new oak barrels to make a fresh, exotic wine with all the essential acid. The queen of all is the pale, honey-yellow Uroulat, made from the thick-skinned petit manseng grape alone, harvested once they have partially dried on the vine. 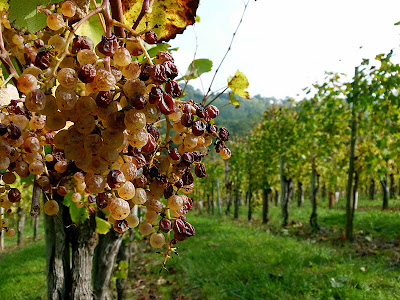 Once aged in both old and new oak barrels, the result is a noble and elegant wine worthy of a king.
And this sweet Jurancon wine, once-upon-a-time, honoured the table of the great bearnais king of France, Henri IV of Navarre,  but dissapeared with him into obscurity until Colette called it sexy in the 20th century.  She is quoted as saying, in reference to the tipple, "when I was a young girl I met a passionate prince, an imperious traitor like any great seducer: the Jurançon".... Maybe she was just talking about Charles.... 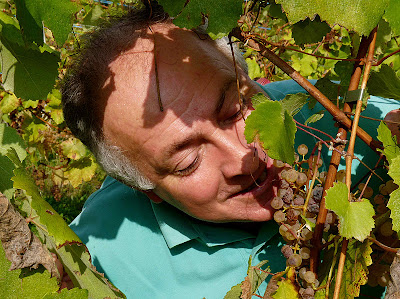 Last week, we called Charles to find out the harvesting dates for this year expecting him to say late November or even early december, as is normal, but times have changed and the grapes were ready just then, so we got in the car and sped over. He knows when the grapes are ready for harvest by the colour of the seeds inside. They must be brown!
As is well known in the local, wine-harvesting circles, we are better for our observation than our hard work, so arrived late in the morning when the harvest was well underway. We chatted over coffee and strolled and chatted and took photos and chatted, ate a ton of grapes and chatted while everyone else slaved away in the hot sun. 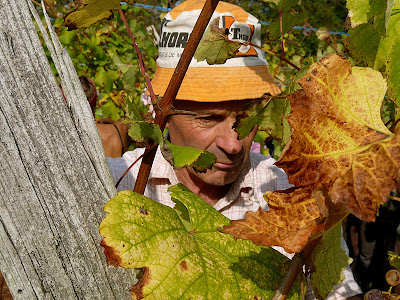 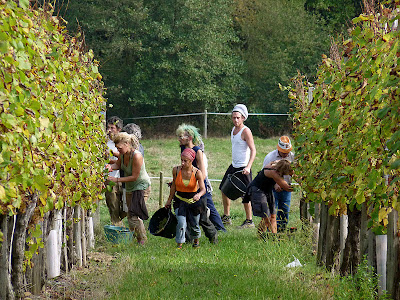 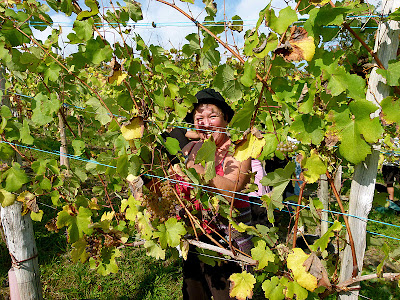 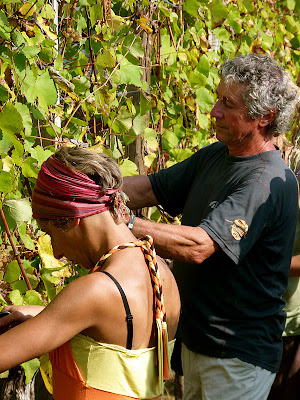 The atmosphere way gay and happy and everybody giggled as they ate themselves drunk on the delicious fruit.
Charles is not only a teddy bear man, but a lover or food, tradition and his country, the Bearn. When he talks of the land, his eyes twinkle. When he talks of food his lips twinkle. He's smart and fun and his wine is a reflexion of this special person. 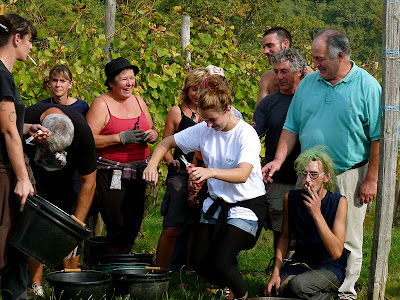 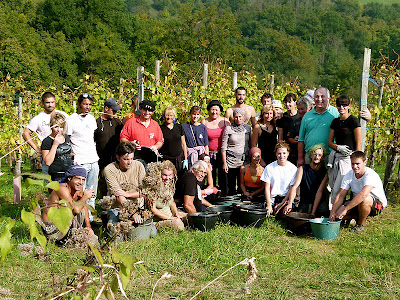 Once harvested, the raisins were brought to the chai for pressing and once we leave, they will be transferred to their barrels to wait 11 months before we ourselves will get a chance to taste a little of what we've seen today. 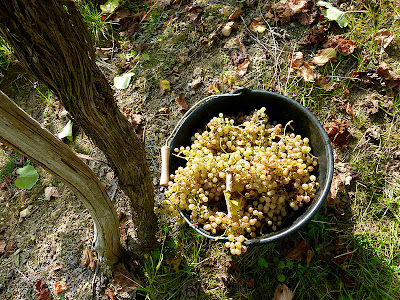 We left with two cases to tide us over before the new cuvée will be ready. Today for lunch we will drink a bottle and raise our glasses to Charles while savouring both the Uroulat and the best of foie gras on a bed of steamed green cabbage ... 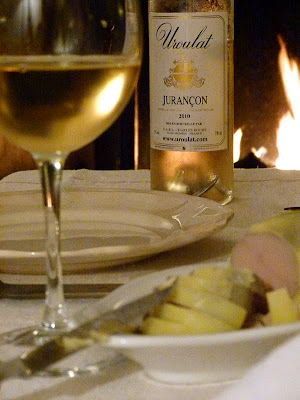 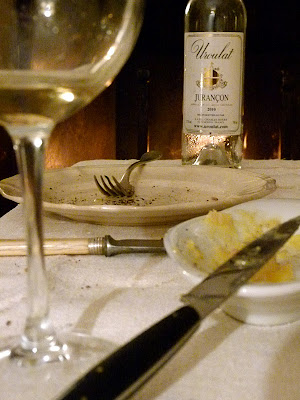