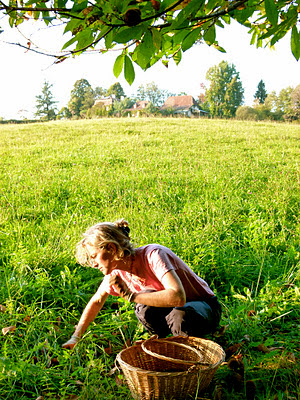 When we first arrived in Mailhos, we had no idea that we were surrounded by a small forest of Juglans Regia or walnut. Each of the huge trees were disguised by curtains of brambles and wild hazel and after the end of a few weeks we had revealed their knotty trunks and ivy covered branches and were rewarded with a fine harvest that very autumn. Walnuts for an irishwoman are exotic. My mother used to buy them at a the local L&N supermarket in handful size bags at loony prices and served them to us as caviar sweets when our behaviour was correct...  I now could harvest enough walnuts to stock an irish supermarket. 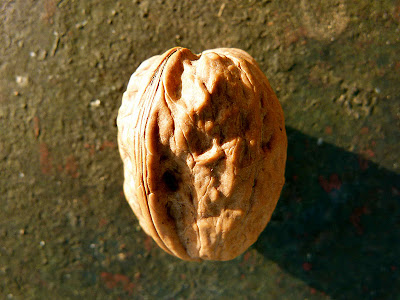 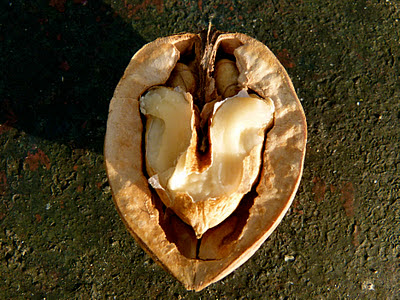 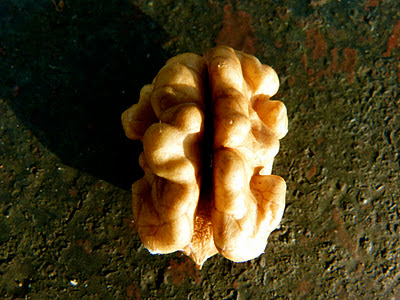 I remember many years ago, reading Roger Deakins book, Wildwoods, who travelled to the Ferghana Valley in Kyrgyztan to witness the unforgettable national harvest of the native walnut in early autumn. His description of 15 metre high walnut trees high on the mountain slopes, branches drooping with the their fruit weight  in such vast, wild forests make my copse of trees seem more like a bonsai garden.

In late September, early October every year, the green hulls begin split open to let the first walnuts  fall to the ground. At this early stage the nut is young and milky coloured with a oilier, richer, more intense and almost sweet flavour. If we are not careful and dawdle for a day or two, the teams of squirrels, who have been eying this bounty for many months, will have razed the forest of nuts and we will be left with little more than a few cracked-nut samplers. This year I realised my tardiness, when on sowing out some radish seeds, I discovered in the soil, a stock of fresh walnuts that had probably been buried hours before. The race was on - harvest time had begun! 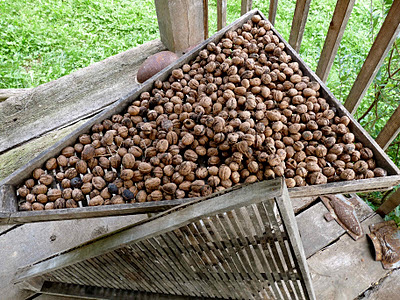 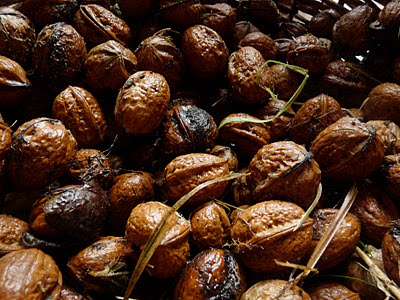 We collected the nuts in their decaying brown husks, stained our fingers brown with the tannins and dried them out on latticed wood trays for a few weeks before rinsing them down and storing them for the winter. 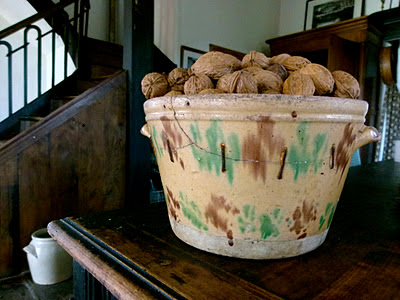 They are mainly used as a naked nut, crackered from a bowl on the kitchen dining table when waiting for a meal with a few glasses of local wine. Otherwise, they are toasted with sea-salt and added to watercress and rocket salads, served with a hard mountain cheese, baked in bread and  chocolate cakes or when young and green make a great pasta sauce. They last throughout the year, well until the next harvest but tend to become a little bitter in those final months and at this stage its wise to soak them in boiling water for a few minutes before using in any recipe.

Put the wholemeal spelt flour into a bowl and mix in the salt. Make a well in the centre
Combine the yeast with the honey in a small bowl and mix together well. Add a heaped spoonful of the mixed flour from the large bowl and 100ml of lukewarm water. Leave for at least 20 minutes, until bubbles develop, then pour into the bowl with the flour.
Add a further 400ml water and mix to a wet dough. Knead until smooth and elastic.
Work the walnuts into the dough. Leave to rise in the bowl for an hour or until doubled in size.
Preheat the oven to 220C/ 7.
Knock the air out of the dough, shape into two loaves and place on a baking sheet. Scatter over some loose spelt flour and score the surface of the loaf with a knife.
Leave to prove for 30 minutes until well risen, then bake for about 35 minutes or until the loaves sound hollow when tapped on the base. 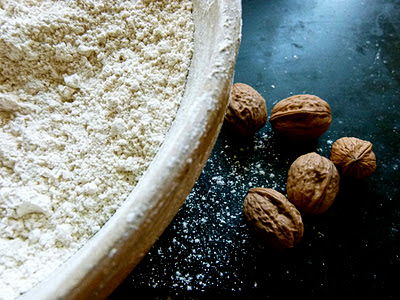 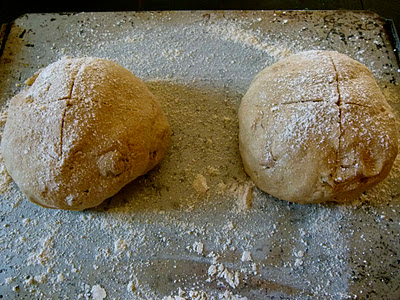 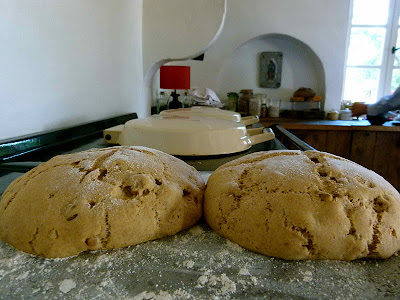 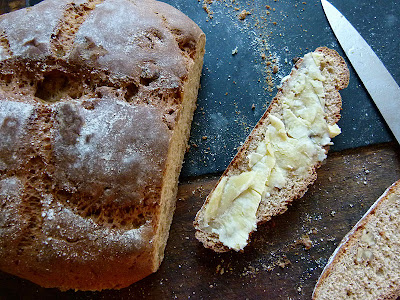