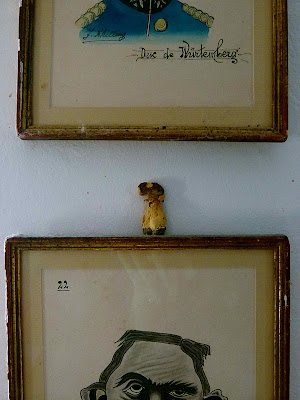 Mailhos mushrooms have been prolific this autumn and even entering winter, boletes, blewits and bad ones are still pushing their bulbous heads above the forests leaf carpet. 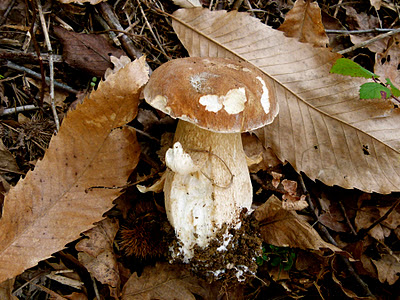 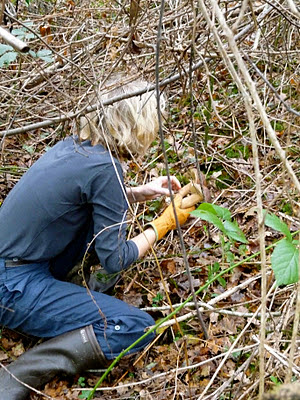 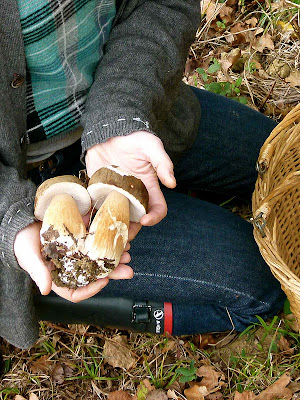 Every day, I like a good walk under the trees so why not bring a basket, my mushroom knife and leaf stick. Since, mid-october we collect and eat mushrooms almost daily but the hunters are beginning to wake up from a long deep sleep and are starting to invade the forests for their winter kill, so I think I'm going to stop my forays until Spring. I just heard on French radio that a hunter, who killed his wife while hunting in 2010, had his licence revoked for one year, no jail sentence and this year as the hunting season began, killed his best friend. Punishment likely to be a slap on the hand and no licence for 2 years. In France and probably elsewhere, if you want to get rid of someone, just get a hunters licence, hire a rifle and the deed is done - with little or no penalty!
Once I hear those dogs bark, our mushrooming season will be over... 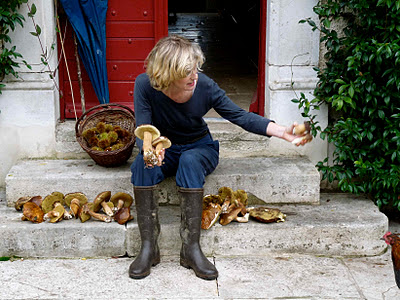 ...but for the last few weeks we have arrived home daily with 2-3 kilos of ceps, those squat, brown-capped chubby ones. Most of them were sliced and fried in butter and the excess and older ones, dried above the aga or preserved in oil in jars. 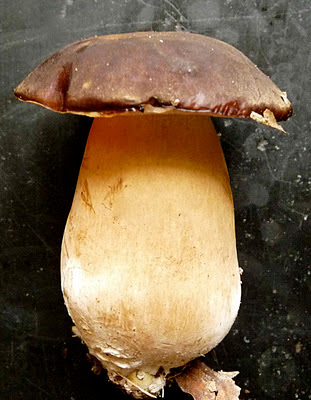 The caesar mushrooms must be my favourite of all! In its youth, it looks like a large white egg until the yellow/orange oval cap breaks through its membrane, changing from a convex head  to a flat hat. The flesh is white with a slight hazelnut taste. Best sliced raw, as a carpaccio, with a trickle of the best olive oil and a scattering pepper and fleur de sel. 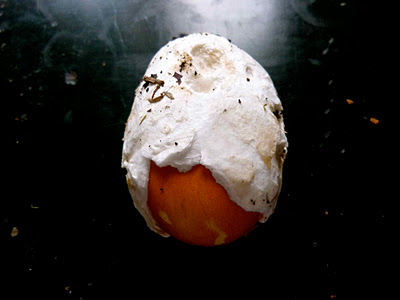 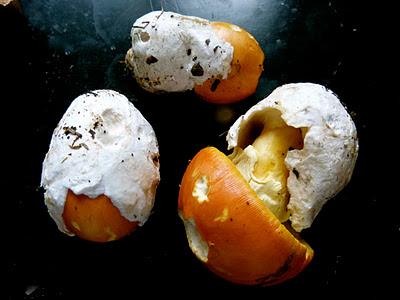 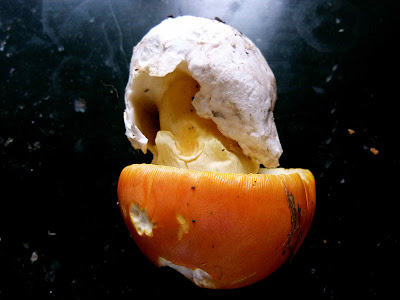 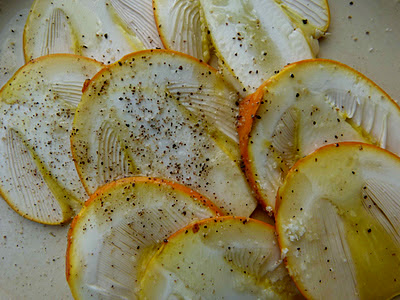 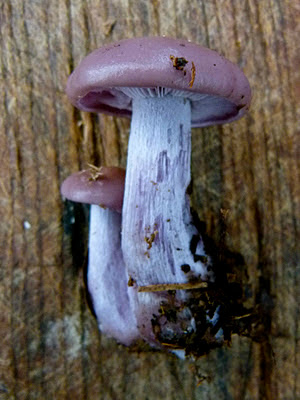 Pied de mouton or Hedgehog mushrooms are best harvested young, cooked in garlic and butter and served on toasted bread. 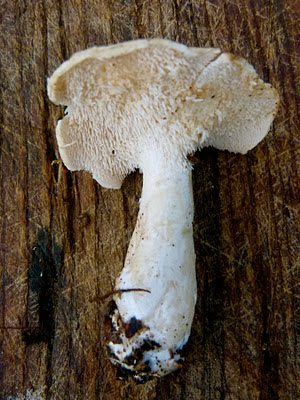 If my mother is reading this, she is sure to believe I am poisoning myself as my husband and all those in the vicinity, as the only mushrooms we ever dared collect with her  as children were flat field mushrooms or button whites - the cautious supermarket kind.
My mother is known as the "minister of danger" in our family circle. When we were children, we weren't allowed to look over a hillside, high wall or out a ground floor window without her crying out in fear. It was quite weird really, because besides her illogical fear for her children and heights, we were allowed to play freely in the countryside with no constraints until late in the evening even if I would return home with a wild baby rat in my arms or scrape the skin of my shin, climbing trees. Her fear of mushroom poisoning is also very illogical. 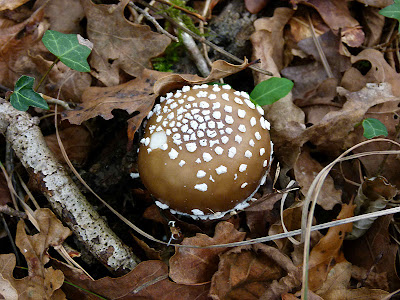 a real dangerous one!

We only eat those we know but collect (with gloves) or photograph every one we see to discover its name on our return. If we have the slightest doubt, the mushroom is rejected - better safe than sick.
There is a very wise forager's warning - 'you can eat any wild mushroom but some you will only eat once'. 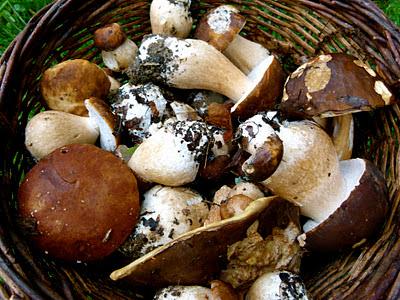