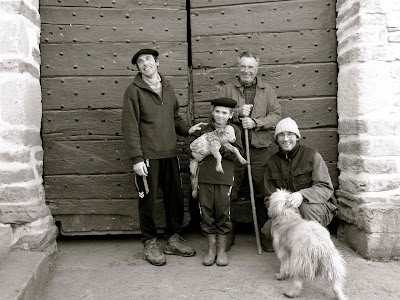 I've managed to brave the cold air and sow some turnip, radish and carrot under glass in the garden. Despite frosty nights, we usually have enough to harvest in the garden right up till asparagus time in April but March and April plan on being lean this year, as nothing has survived the unnaturally cold winter that has befallen us. Even the pumpkins and squash, supposedly protected in the barn under wraps of straw have suffered and are now helping feed pink, compost  worms. Beetroots have been drained of their sweetness and winter radishes are soggy and tasteless. Even on the local markets, winter vegetables are scarce as the spinach was frozen to a cold death and greens would be so very welcome right now. I dream of turnip tops and that is what I hope to have under my chicken and thrush protected glass contraption very soon... 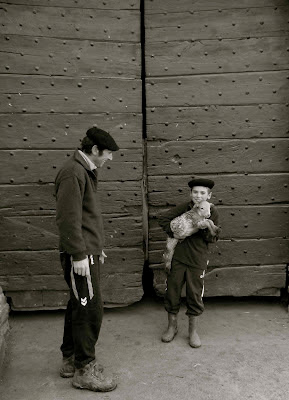 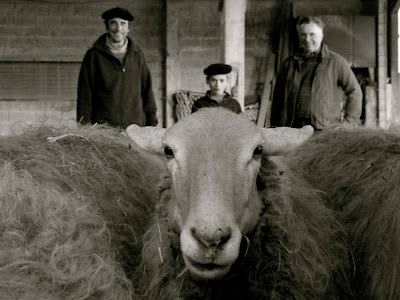 Yesterday, we went to collect our monthly cheese supply from the Erbins in Angous. For generations the same family have raised their sheep for spring lamb and milk and make what we think is the most fruity and grassy cheese, one can find, to sell exclusively at the local markets. 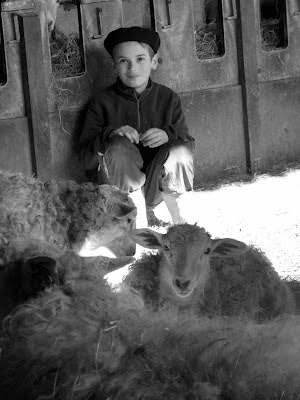 Papa Pierre,  his two sons, Michel and Benat work together on the farm, sowing the grand roux corn, sunflower seeds and grass that will nourish the sheep and make their milk rich and creamy for cheese. From now until Autumn,  they sell a greuil that is the mountain equivalent of fresh italian ricotta  but pleasantly lumpy and light with a naturally sweet aftertaste. We eat it as we would a yoghurt with fruit compotes, fresh strawberries or honey and often as a garnish for a rustic vegetable soup. The cheese itself is best young when we still taste the grass and meadow flowers. Later, when more mature, its our local alternative to a parmesan or pecorino.
The sheep are still kept indoors for most of the day, feeding on their hay and sunflowers seeds until the grass starts growing and they can be left to themselves in the meadows. In  June, all the family and animals leave together for the high mountain pastures where the sheep are free to roam and nibble contentedly on wild flowers and rich summer grasses. Pierre and his patou mountain dog will stay with them throughout the longer lazy days and continue making an "estive" cheese, that tastes even more blossomy. 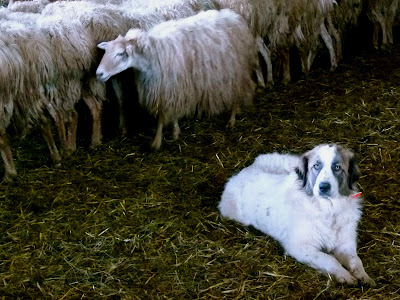 Their patou sheepdog has no name, no contact with humans so should never be caressed or petted so he bonds as closely as possible with his sheep family. He is not a herd dog but a brave and vigilant guardian of the the flock which he stays with night and day, protecting by dissuasion his adopted family from feral dogs, humans and bears. Of course, I went to pat him and received a look of total stupefaction from this intelligent animal who must see us humans as lesser beings than his woolly family. 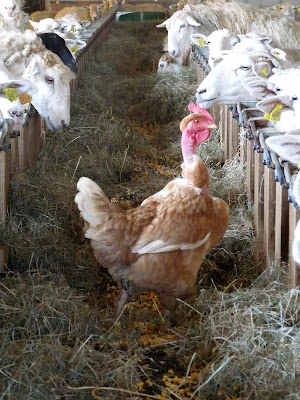 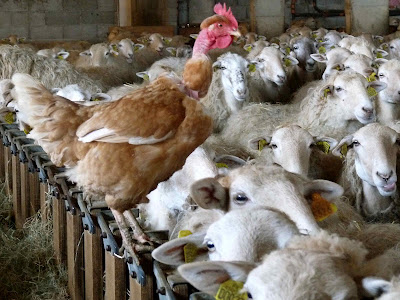 The farm chickens hop along the backs of the feeding sheep looking for room to lay an egg in the best spot. Its lambing season and twins were born just before our arrival and are already solid on their feet and feeding from their tired but upright mother.
Julian, Michels young son is considering whether he will become a cheesemaker or cheese affineur in his adult life. One thing is sure, is that he is the cutest, sweetest farm guide we have yet met. 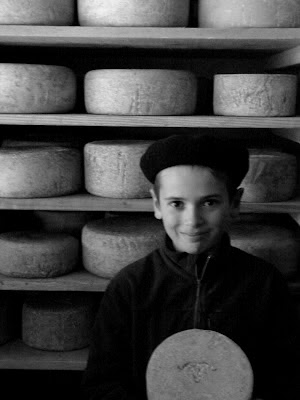 The cheese is brined and dried on wooden palettes in the saloir and stamped with their horned family symbol. Once mature, it is sold Saturdays by either Pierre or Michel at Sauveterre market. This family is the team of the century! 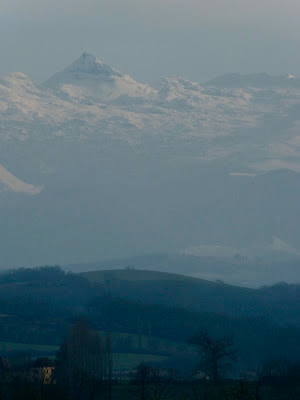 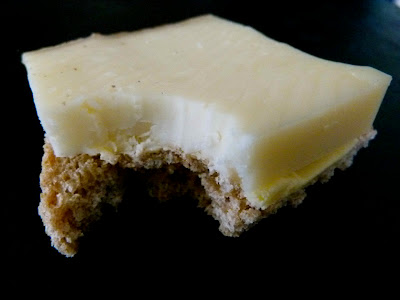 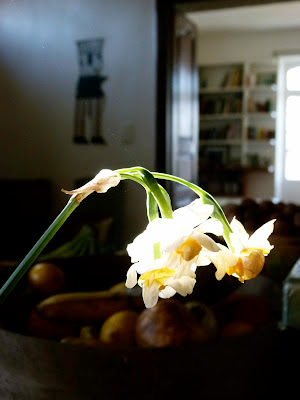 The frost has passed (for the moment) and whats left is a sorry sight.
In six years living in Mailhos, I've never experienced such a hard winter both inside and out. My broad beans, that  I sowed out in October, are mushy and black. Pea plants, which only three weeks ago were whirling their happyway around their twine wigwams are today papery dry and acting very dead. Silver cardoon leaves are a rotting mass of rusted bronze while elsewhere the normally large and bountiful leaves of the agapanthe are lying over the jaundiced grass like a thin layer of clingfilm.  Most of the mimosa is frozen and turning brown before it had a chance to bloom while Mrs Hen Harrier has taken off with another two chickens...
Despite such  misery, I found my first narcisse under the Medlar tree this morning....
There is hope for all! 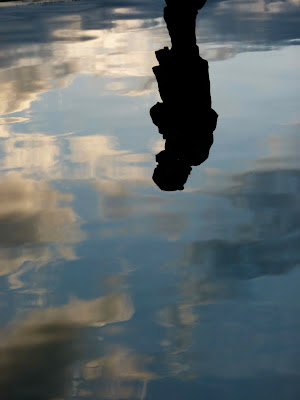 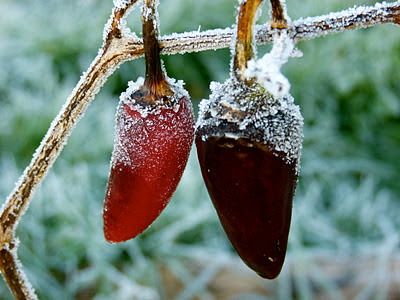 Winter is wearing its full regalia... Temperatures inside raised to a cozy 16° while outside, they're dropping by the hour. 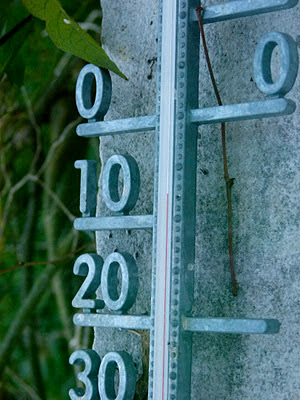 Alert warnings, measured Orange arriving by email from the french Meteo, warning of heavy snow and
descending temperatures. Imagine we could soon be cut off from civilisation...
Already this morning, the broad beans and peas were looking a little despondent, laden with a frosty halo, weighing down their young stems.  Just one week ago, I was convinced they were ready to flower and what a disaster that would have been. 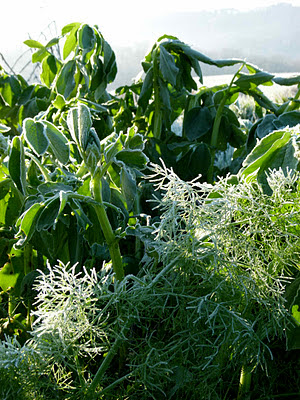 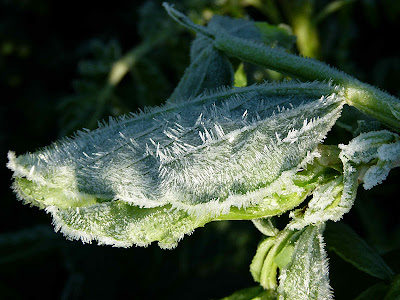 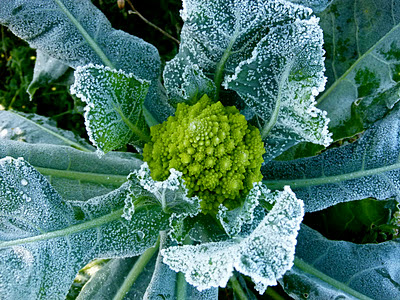 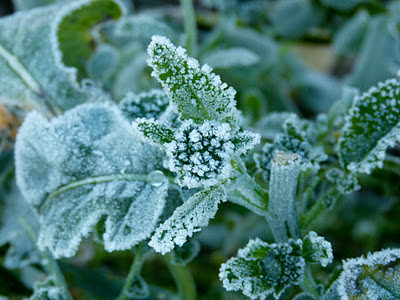 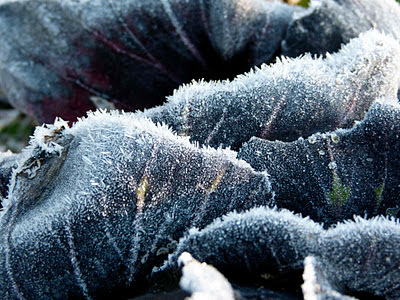 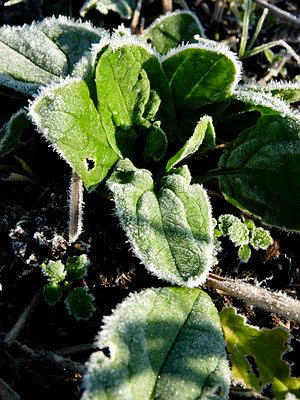 Even my dead summer flowers are happy stalk sculptures, iced with lace. My early winter lack of exertion  is paying off. 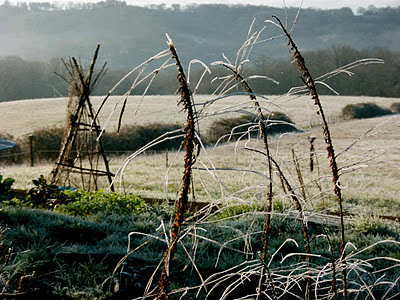 Deer are taking advantage of the cold to graze in peace without a pair of fluorescent, cheimatophobic hunters stalking their every move. 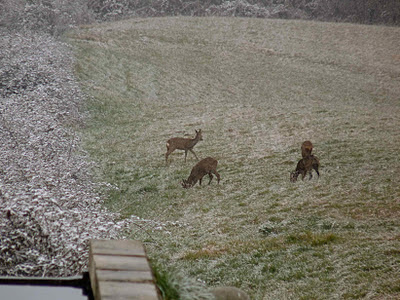 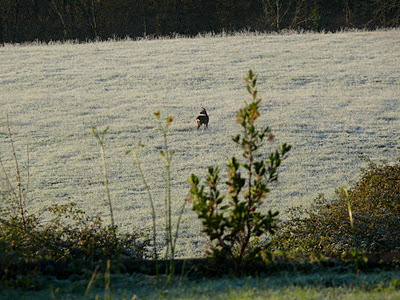 I'm also very happy to have no silly men and their sillier dogs disturbing my daily walks in the forest or my chickens but Madame Hen Harrier is causing chaos in the courtyard and has returned to whisk off another of my brood. This time, an anonymous black one who I never could name because of their similarity to each other. All I can remember is that she had very shiny feathers, shimmering blue and a scowling beak.
I think I'm going to start getting angry! 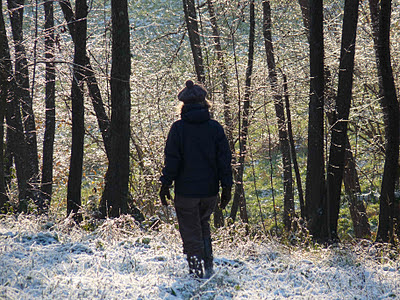 and my mister FOX (mrs has the big tail) is also approaching the chickens in a menacing manner accompanied by his suspicious, new Grey Heron friend who oversleeps in the south facing field. Soon will have more information on this suspect relationship.... 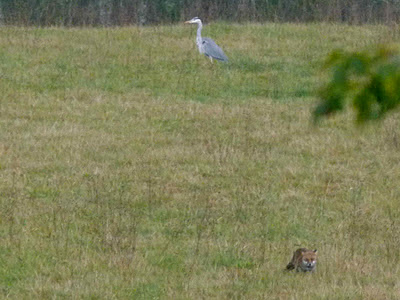