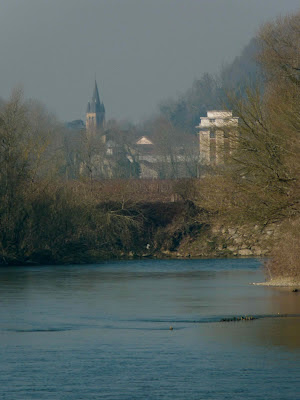 Peyrehorade is our nearest gascon town situated on the banks of the reconciled gaves or rivers of Oloron and Pau in the departement of the Landes. Its the town where the rivers navigation can begin and for that reason pleasure boats line the quai waiting for an enthusiastic tourist to pass.
15km from Mailhos, its market is held every wednesday morning hail rain or shine in winter or in summer since the year 1358. I notice that many of our neighbours don't venture so far to buy food and prefer to stay within the confines of their own Bearn. Personnally I love it as Peyrehorade maket bustles and brouhahas unlike the smaller village markets surrounding us and despite the presence of one of the two Monsanto GMO research centres in France being situated within its confines and the biggest local station of corn collection...! 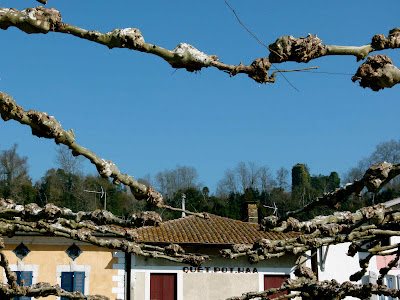 Above the market, the ruins of the chateau d'Aspremont overshadows the town below,  covered in a thick layer of clinging ivy dating from the 16th century. Below, on the banks of the river, lies the once majestic Chateau de Montréal which was abducted and disfigured, internally and externally by the local major and transformed into his personal haven. 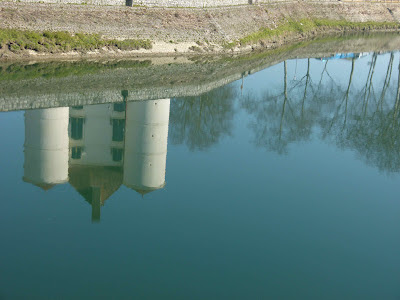 Every wednesday morning, the oldest Landaise market bursts alive as local producers, artisans and street pedlars pose their stalls hiddledy piggledy from the place du Sablot to the place Truquez where the concentration of basque, landaise and bearnaise berets is greater than any other market in the South West of France. 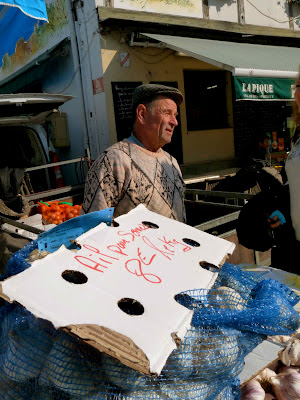 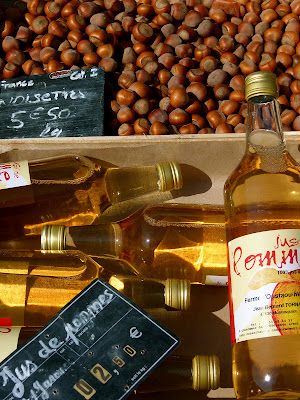 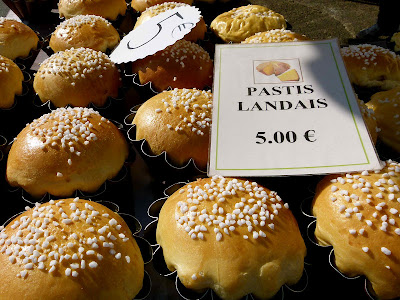 In the midst of such energy lies the Bon Coin where pigs trotters and tripes are served while the rest of us are dipping our croissant in our morning coffee and under the market arches, dead and live chickens, geese, guinea fowl and ducks are sold to eat or to lay. 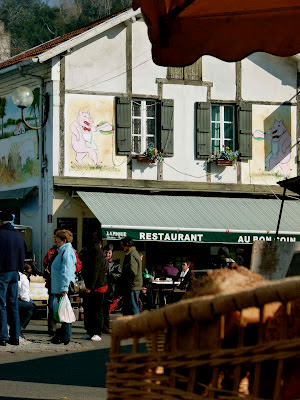 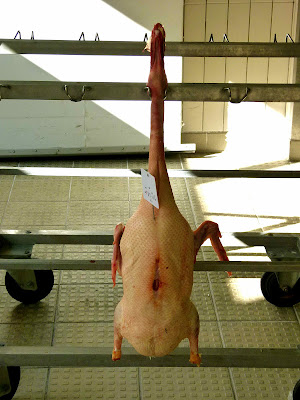 I just buy a cabbage and a few blushing turnips from a little old lady and good, fresh bread from Didier Lemonnier who hides his organic status so that more people will come chat with him. 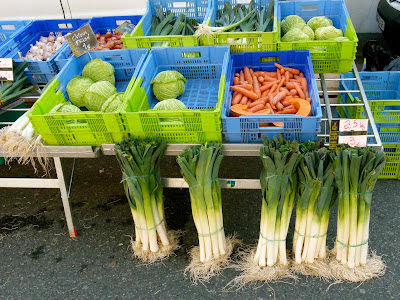 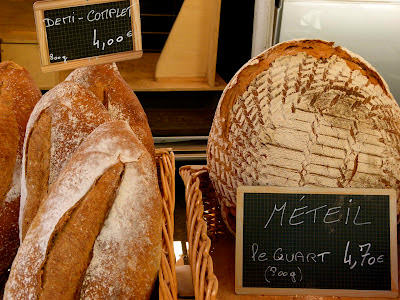 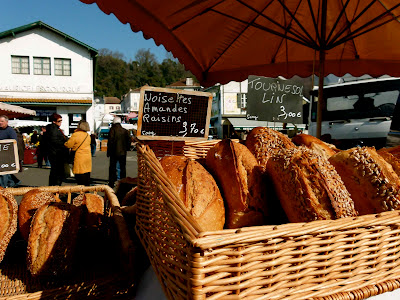 After, we cross the bridge to Mr Barthouil's salmon smoking factory to buy a little smoked eel before heading home by the Abbey of Sordes to see if the spring salmon run has started on the river. 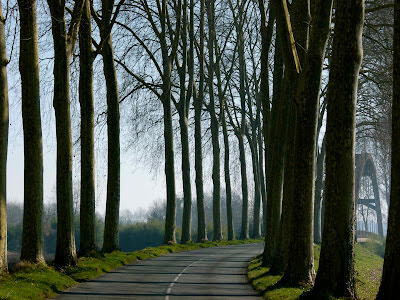 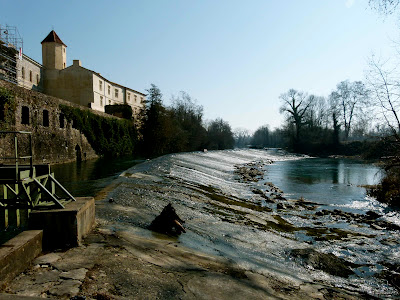 Hail hallelulah, three have passed the young sentinels at the abbey and will be safe in spawning grounds before the fishing season opens on the 10th.... 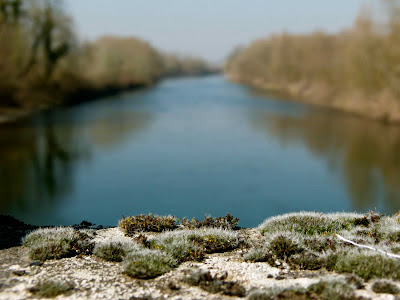