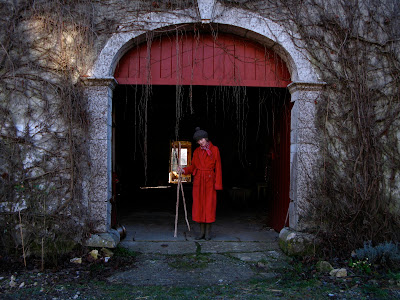 Mailhos was in full spring bloom within days of our arrival.
Following artic temperatures just days before, we have just spent our first week caked in sun block and shaded by sunhats under a glorious sunshine with far warmer températures than what we’ve experienced on our 9 months of roving. I arrived with sciatica pain streaking from my bum to ankle and Jean Francois with a banjaxed left knee and a historically dodgy ankle, worn even more by an excess of concrete pavements and too many long haul flights with minimun leg room. Our hopes for beginning to get the garden into shape were pretty low but in four days we’ve managed more than imagined. 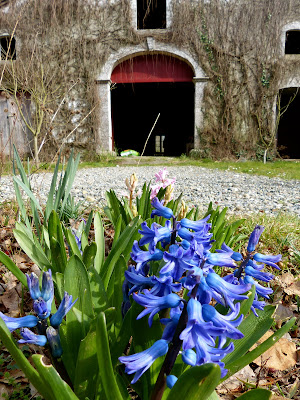 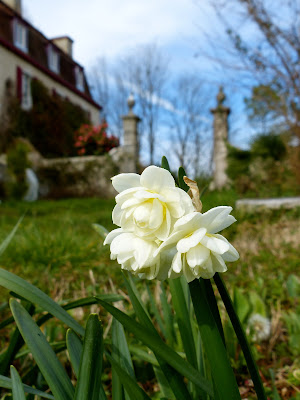 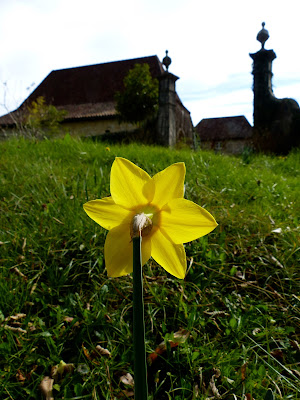 The garden is such a silly mess. I have 700m2 of beds of what was once a healthy, dark and couscous like soil now covered in an impossible layer of ground ivy and couch grass. Every dandelion I meet is a godsend in comparison to the the thick layers of intricate roots that have to be gouged out by hand from an already beaten soil that has withstood 3 months of constant downpours from November through to recently and was not protected by a green cover crop before our bizarre departure in May.
Jean Francois airs the soil with the grelinette while I follow on my hands and knees armed with a kitchen knife  tearing out as many of those bloody roots as possible.


Vines, hortensia and wisteria have been pruned and rasberries tamed. 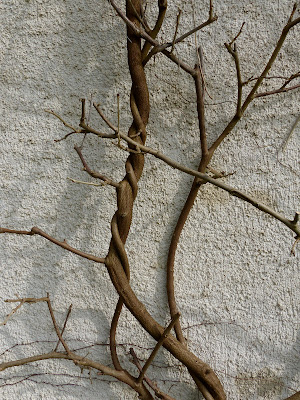 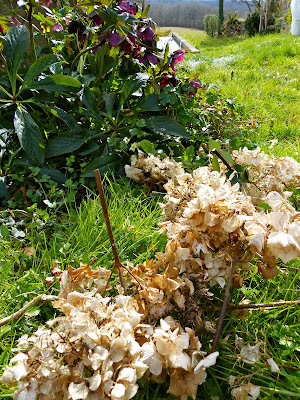 Vine anémones are shooting up just about everywhere. Blue tits are nesting in the lime trees. Hedgehogs, bats and grass snakes are waking from their seasonal slumber, 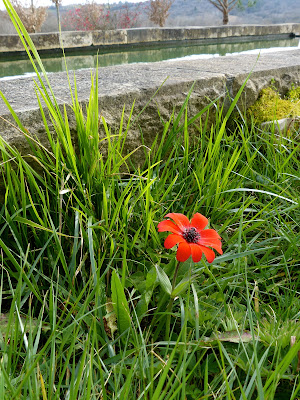 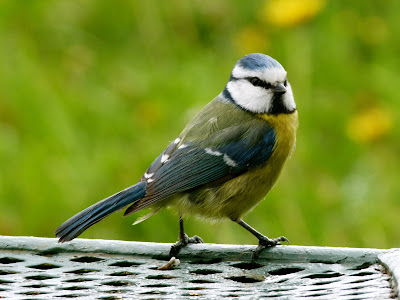 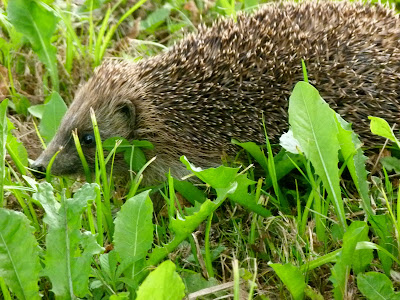 Cranes are migrating north from the south filling the skies with their elaborate and noisy calls... 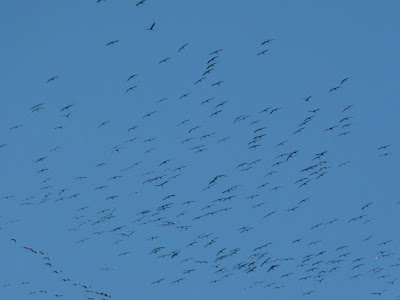 and wasps are trying against all odds to build a new home in my dusted out greenhouse.

In all our time away, its only my chicken family who have really suffered. 18 of them were shared out among 3 different friends. So far rooster Blue and Aurore have dissapeared with the fox . Blind fish got squashed by a hoof of a horse and my dearest Honeybee has flown away to hide after being frightened by a rabid and nasty neighbour’s dog. She’s been gone for a week today and although someone saw a golden chicken walking alone on the Rivehaute road, Thursday at 10am there has been no sighting since despite our combing the area and posting reward-promising posters. Farmers here look at you agape  when you enquire about a lost (and loved) chicken… 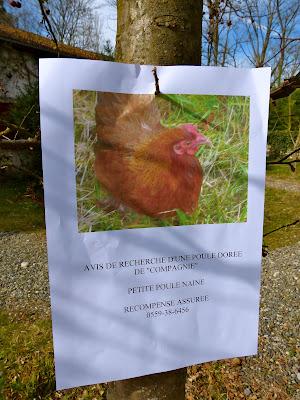