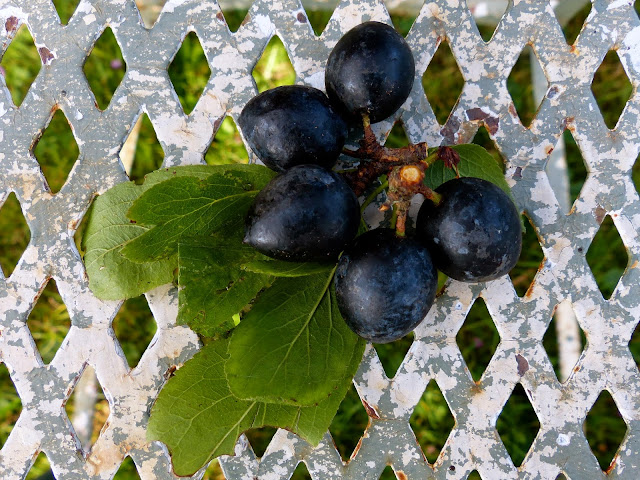 Enough bright and balmy days this October to make us believe that the slow slog of winter is not just around the corner.  Our cherry trees don`t understand either and are ignorantly sprouting buds while the cows are munching fresh clover and peppers plants are flowering in anticipation of a second spring.  Being realists, we`ve been busy preparing, by trying to build up our Bearnaise cows winter immunity with a powdered concoction of echinacea, thyme, inula, savory and cinnamon which I`m doing my best to convince them is better than that lovely late clover or freshly packed hay and barely succeeding as it smells pretty horrible. The buckets of plants are more than often tossed around on their horns or broken into pieces by Granny cow. 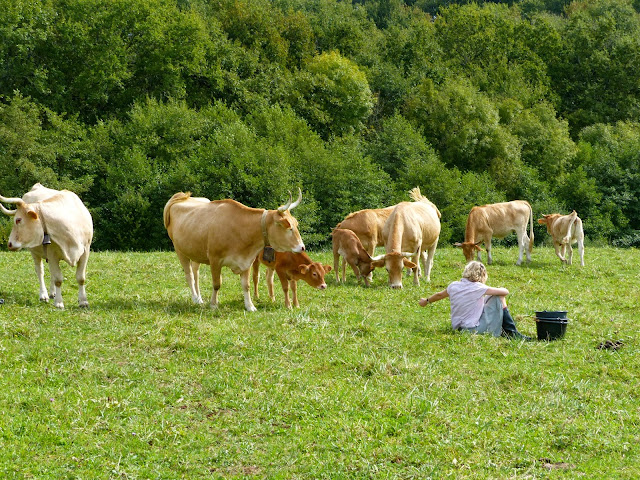 As I write, Martin is finishing the nicest sauna in existence, built from 15th century Aubrac roof lattices, recuperated oak panels from our own attic and even some of the latest Le Monde newspapers as an added insulation. 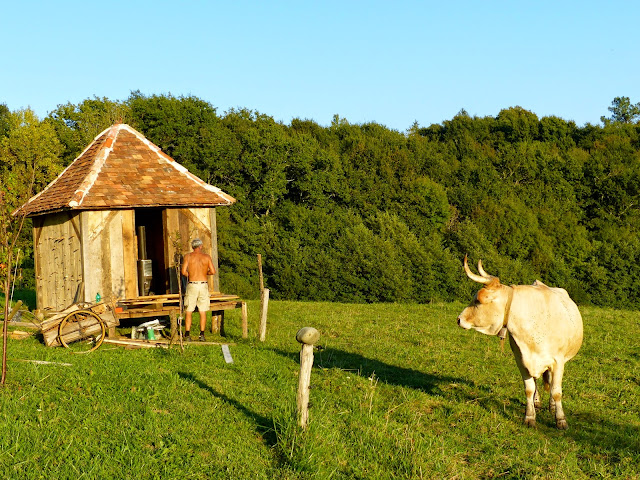 The blackthorn hedges hang heavy with particularly bluish, fat and juicy sloes and although its normal further north to wait until the first frost before their harvest, I cannot risk waiting for the sun to dry them to hard black bullets or the wild birds to make a feast of them. 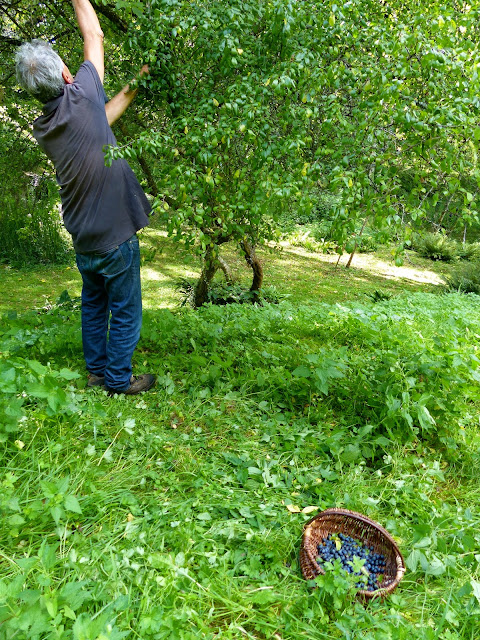 Attractive as a sloe looks, its spines are vicious and are designed to attack rather than deter. I was often told that that they were long considered poisonous as the wounds they inflicted often refused to heal so Jean Francois is the chosen picker with his leathery palms that are impervious to all. 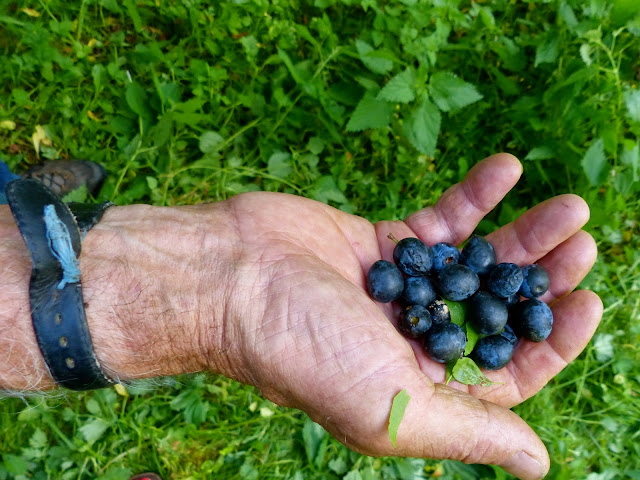 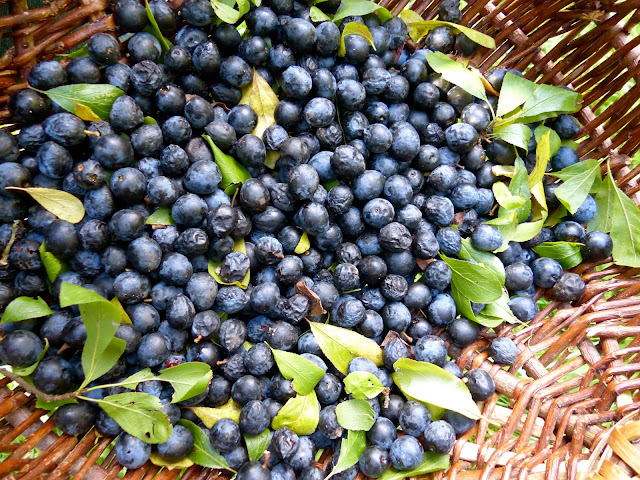 I remember as a child, we often dared each other to hold a crushed sloe as long as possible in the mouth. I never got further than a few mind-blowing seconds before the concentration of tannins and malic acid had furred up my mouth and was spat out. Eating sloes is only for the brave....
As with many winter-garden vegetables, alchemy is necessary for the sloe to become somewhat useful and a good frost is all thats needed to swell and soften its fruit and get its juice flowing but as we have little expectation of an early frost so far south, I`ve cheated and kept them in the freezer for a few days. Despite their mouth-numbing properties there are many delicious uses for sloes apart from jam and jelly and as I`m not much of a jam girl, preferring largely my own bees honey, its got to be alcohol. Locally they make a rather sweet Patxaran liquor by soaking sloes or prunelles in anisette with cinnamon and coffee beans but its a little too sticky and sickly for my taste so it will have to be plain old northern gin.
The longer the sloes soak the better the vintage as the gin needs time to extract the almondy essence from their stony hearts. 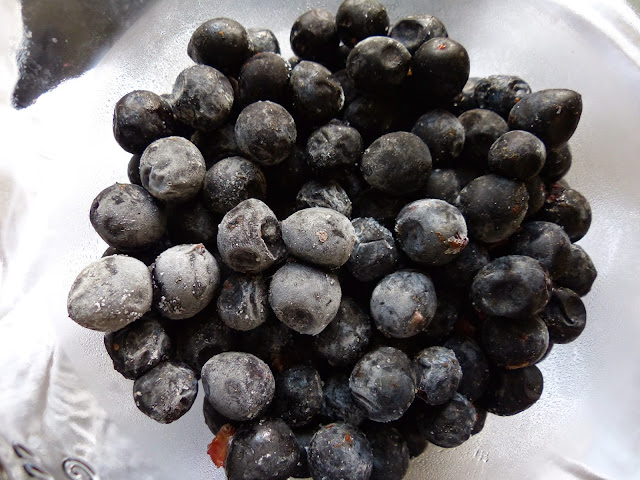 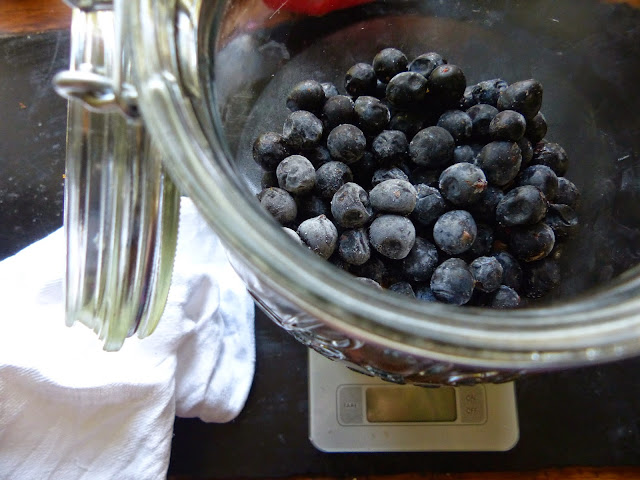 Put the sloes in a large clean jar. Pour over the sugar followed by the gin. Close up the jar and shake well to mix everything together.  Over the following week, shake every now to prevent the sugar settling on the bottom then shake every week for a couple of months. It will be perfectly drinkable after this time but will be much improved if you can keep it for over a year. Take out the sloes after four months, remove the stones and dip in melted dark chocolate as a most desirable addition to an after-dinner dessert. 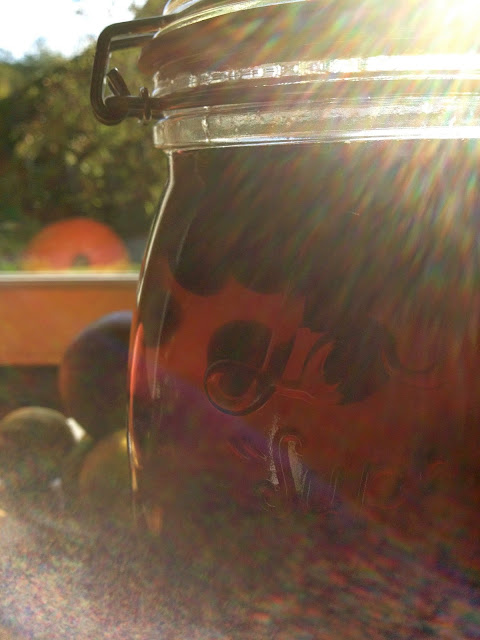