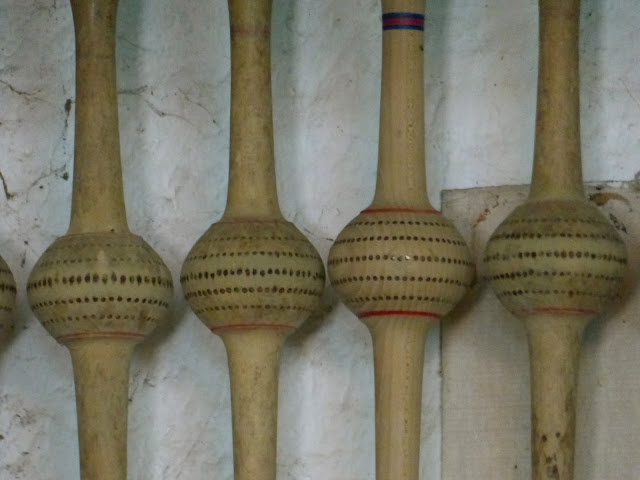 On a Thursday afternoon when temperatures top 34 degrees at 4pm, the air is unbreathable and no-one is to be seen on the streets of Bearn, there is plenty of fun going on in Araujuzon, a half-hour bicycle ride from  here. Once a week this dream team meets early afternoon and plays quilles de 9 or bearnaise bowling until sundown. 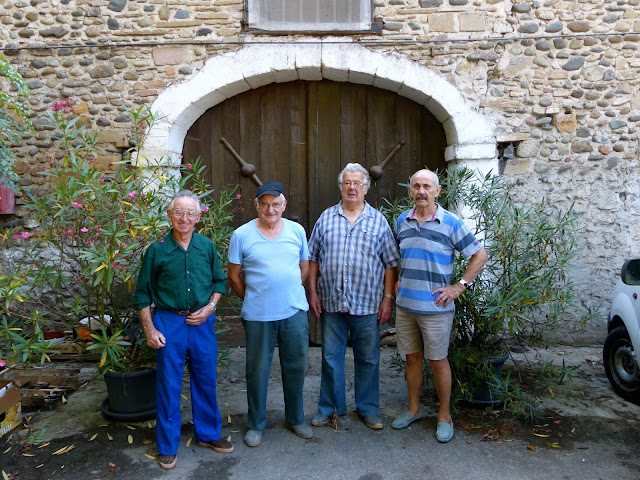 The meeting place or `plantier` tucked behind the village cafe of Monsieur Rey is where bowlers have been hitting balls off wooden poles for over five centuries and tradition continues. 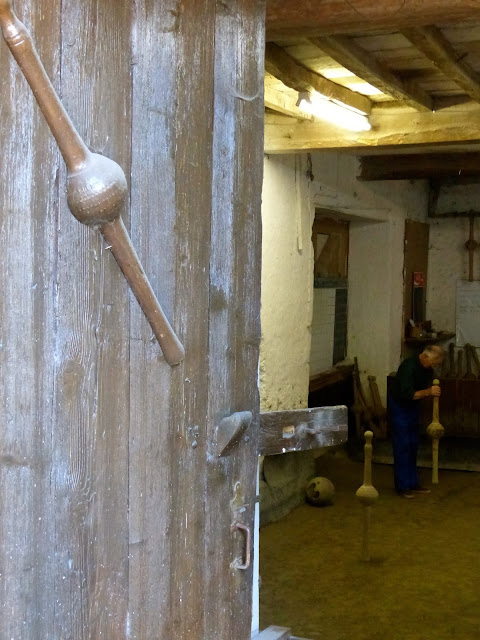 So what is quilles de 9 - basically 9 carved, 3-kilo, skittles of beech that are positioned in a figure of 9, 2.15 metres apart, on a tightly packed clay floor. 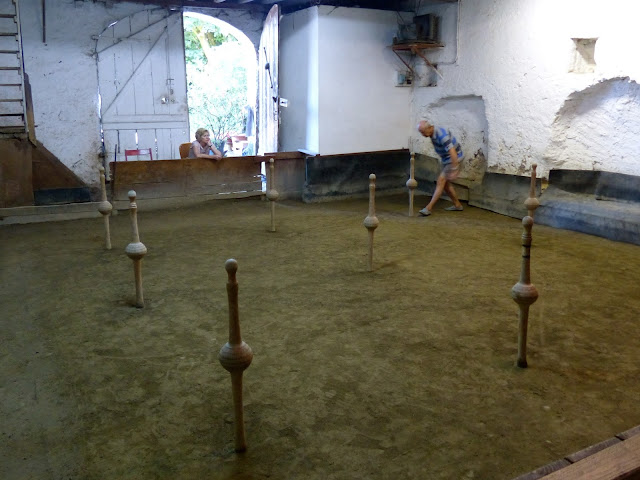 The bowl is made from walnut wood and weighs a hefty 6.2 kilos and is used to hit the quille du main or first skittle which flies in the air, knocking two to three other skittles, while the bowl itself hits another skittle called a plomb which in turn knocks another skittle beyond it. Does this make sense? 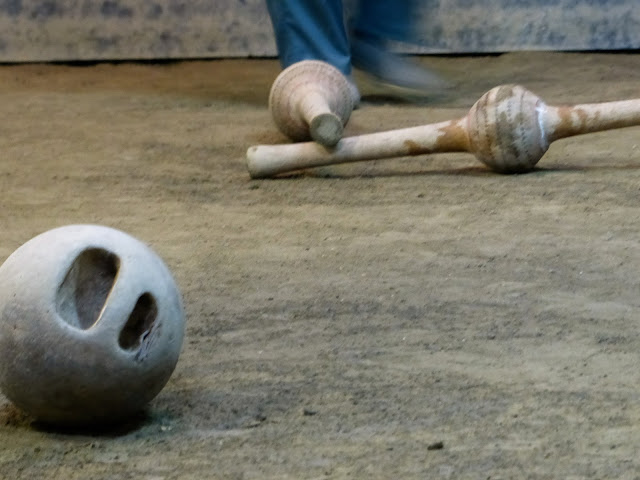 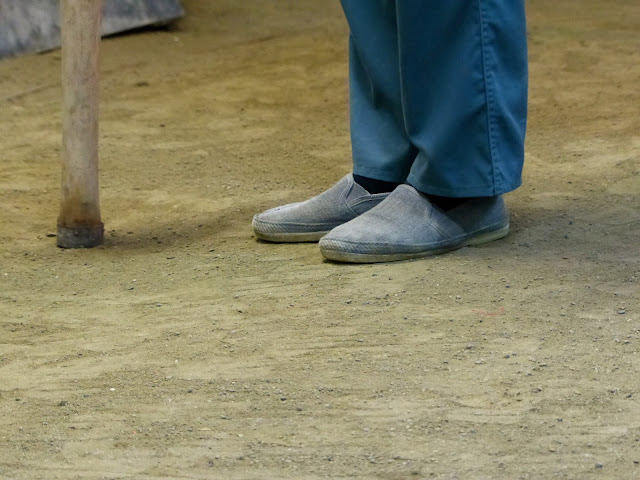 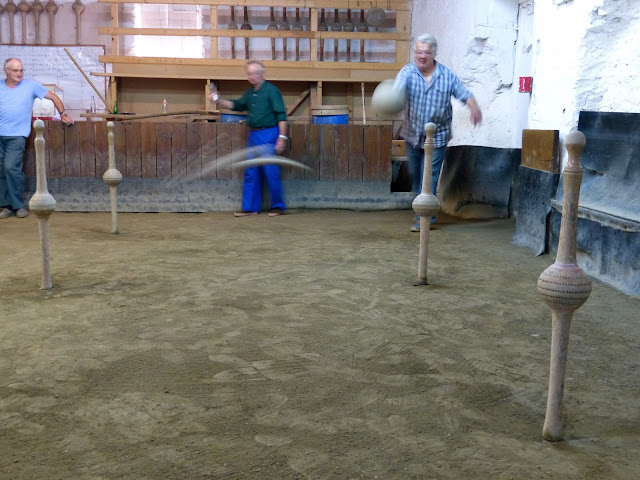 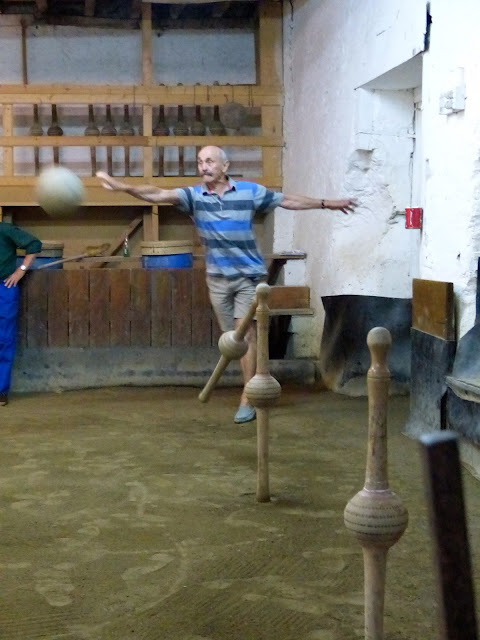 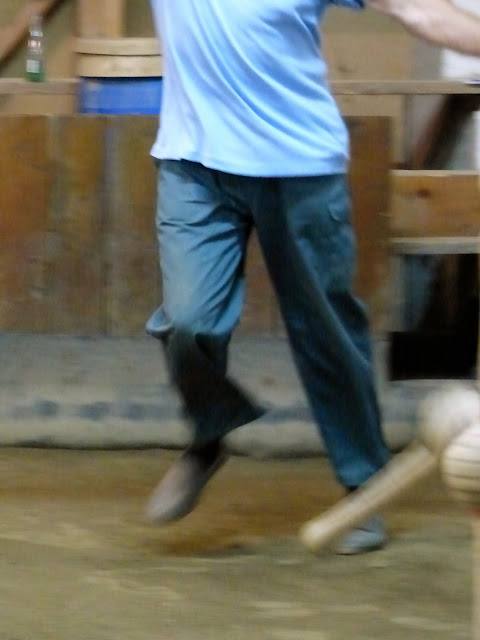 Perhaps not.... Each player has to play 12 predefined figures where the ball is hit one way and the first skittle flies another way... 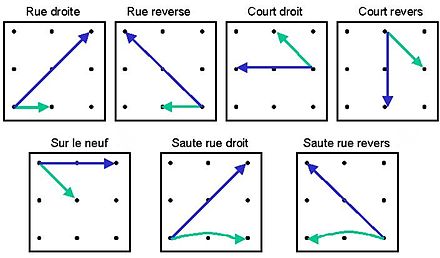 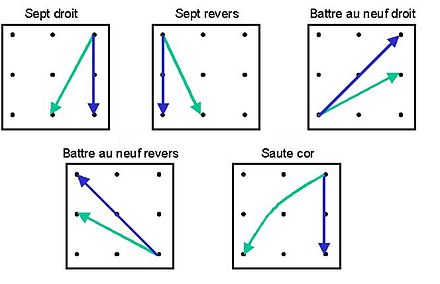 ... knocking the maximum of skittles in the figure. A cross between chess and bowling... Each skittle falling is a point and points are added as the figures are played.... 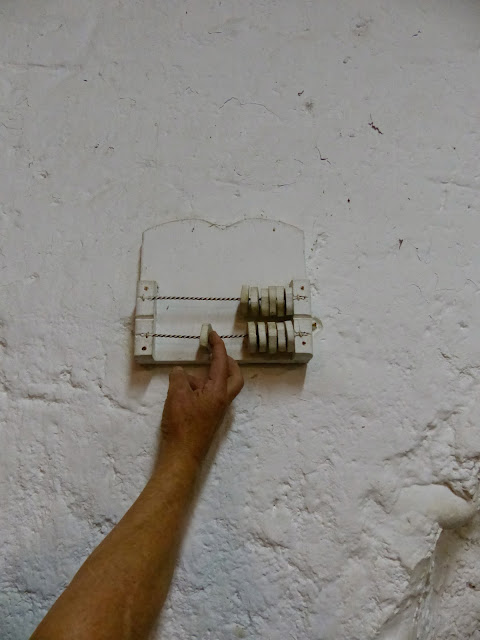 All sounds easy perhaps but I cannot even lift this ball of seasoned walnut wood. My well-used gardening muscles could not even raise this giant nut more than 20cm from the ground while Jean Francois found it almost impossible to hold it high enough to hit a single skittle, yet these players have an average age of 79 years and manage to throw this mass of wood high and precisely in the air. Its sobering to watch.... 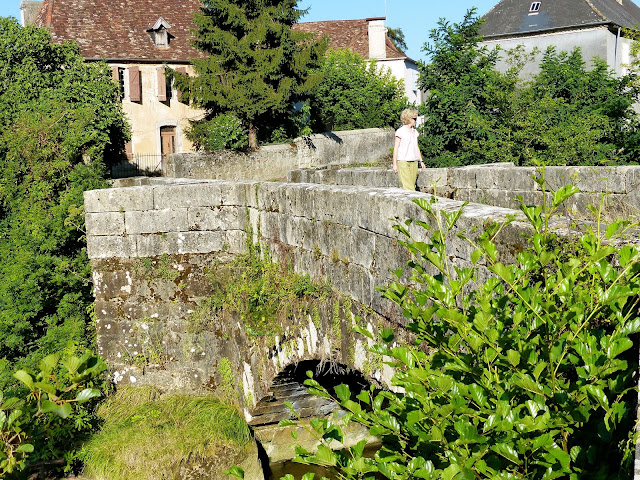 So once the effort has been spent it's aperatif time under the walnut-shaded terrace, chez Labat, where grandmother, two daughters and grand-daughter whisk up the most remarkable cepe or pepper omelettes with produce fresh from their neighbouring garden, served with addictive, french fries cooked to perfection in local duck fat and, of course, the local Lapeyre wine. 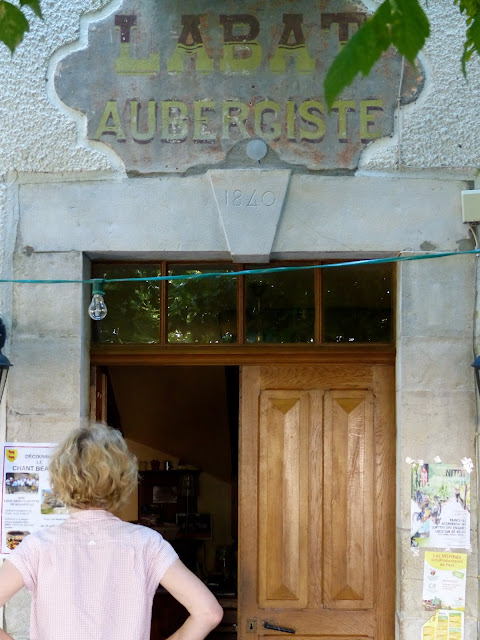 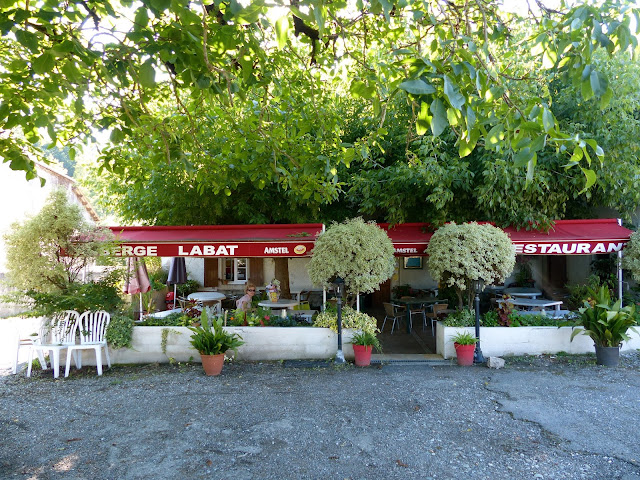 Once digestion sets in, it's usually cool enough to cycle back home.... 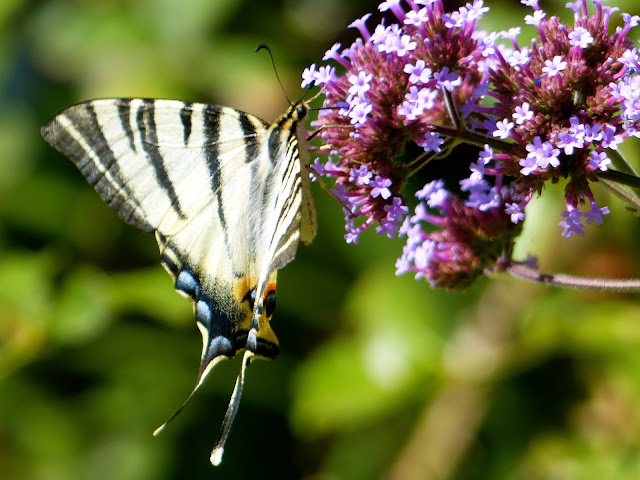