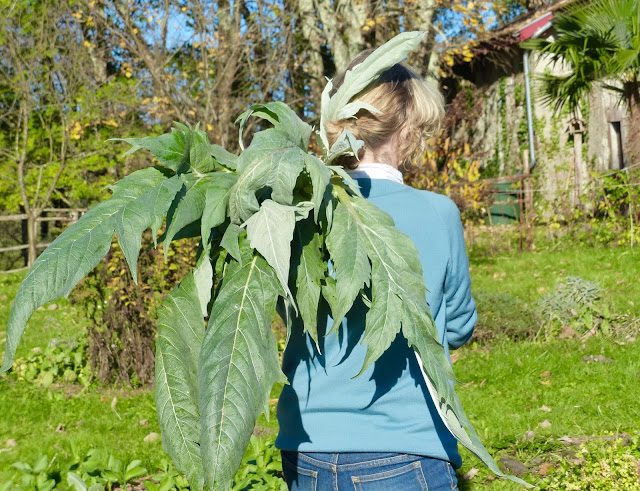 Out of all the plants lingering in my garden, the most feral and dangerous-looking is the cardoon. Since day one of Mailhos, gardening these wilder ancestors of the artichoke has been a pleasure for all the wrong reasons. 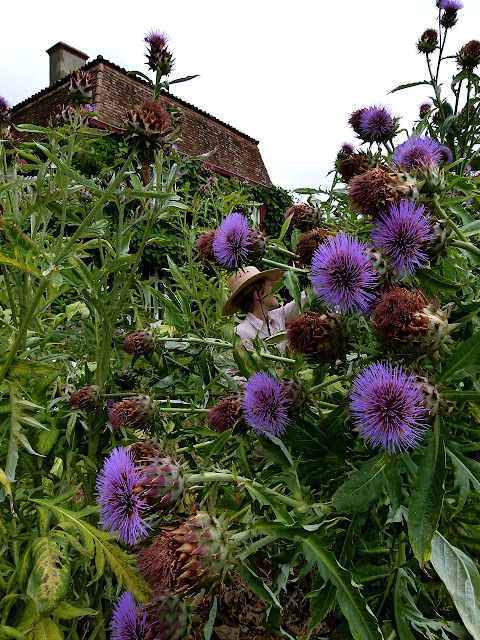 In early summer their 3m tall stalks totter under the weight of their lavish rosettes of purple/blue which provide pollen and nectar for generations of bees and bumblebees before dying back to a rotten, suppurating pile before re-seeding in early autumn. 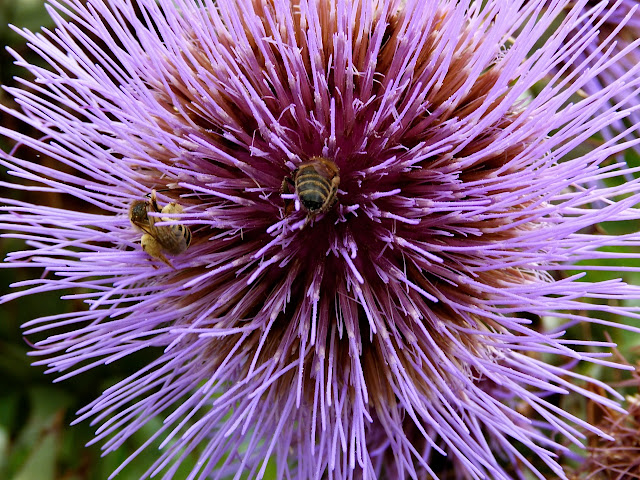 Cardoon is like a wild, prickly rhubarb fed on steroids. Large, space-hogging and the perfect hideout for hunting grass snakes. Its certainly not the ideal plant for a small garden as just one plant steals the space of 6 cabbages or four tomatoes so of course its rarely found on smaller market stalls. Unlike the artichokes, whose immature flowers provide the most delicious of foods, cardoons are prized for their silvery leaves which demand open sun, root space, fertile soil and water to grow into the metre-long succulent stalks which have the delicate distinctiveness of their relative with a little more hassle to prepare. 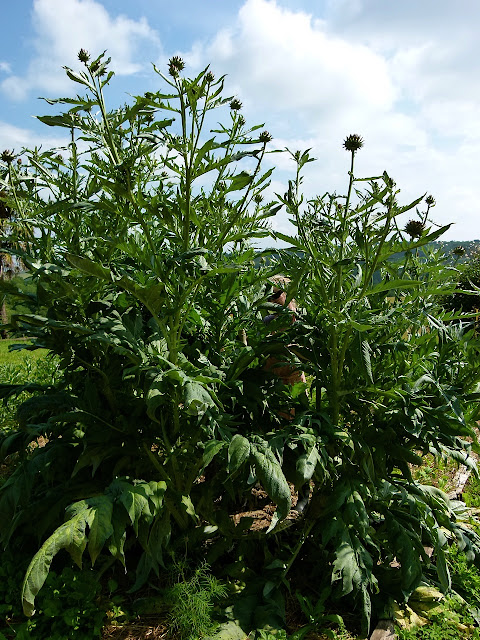 Without such preparation, cardoon stalks are fibrous and bitter so like celery they need to be softened up for eating by blanching. This year we wrapped each plant in a few layers of wine-bottle cardboard boxes to keep the sunlight out, which is easier said than done as each leaf has many prickles and a pain in the ass to control. Jean Francois has to get underneath the plant (where the snakes hide) and with his gloved hands, lift the thorny leaves up while I`m left to tie the bastards with string before rolling the cardboard sheets around the stalks. 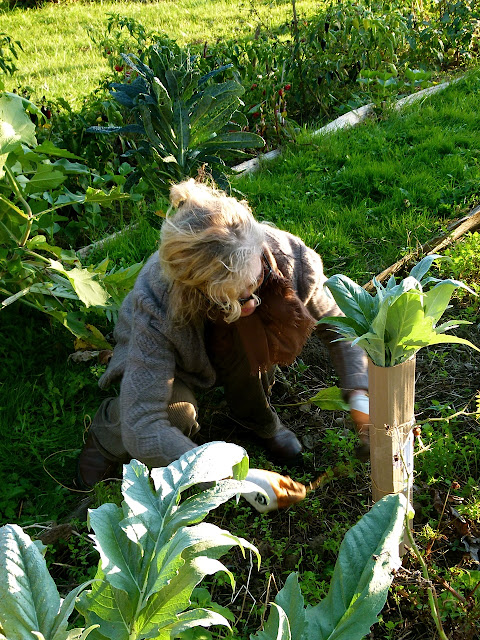 The tamed and mummified plant is left like this for at least a month before its ready to eat. 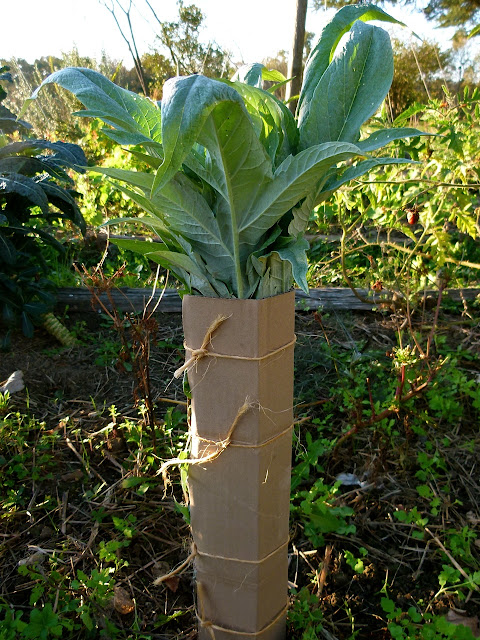 After cutting the base of the plant with a knife and carrying its heavy mass into the kitchen, the next hurdle is to remove its hard exterior fibres. 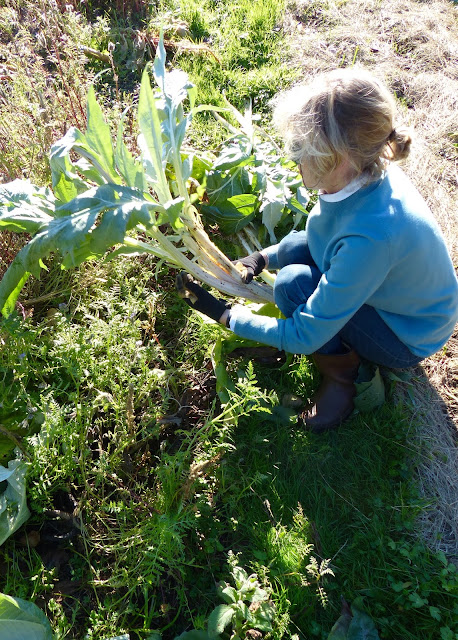 The leafy parts and prickles are snipped off with a scissors and the remaining stalk is peeled meticulously to remove all the dental-floss like strings, cut into edible sizes and soaked in a bowl of cold, acidulated water to prevent them from turning brown then boiled in salted water for at least 25 minutes to make them tender and it`s only then that a recipe can begin...

Preheat oven to 230 degrees celsius. Butter a small baking dish long enough to fit your cardoons. Cut the cardoon stalks to the desired length and arrange in dish. Pour over the chicken stock and top with the chopped butter. Cover with foil and cook in the oven for 25 minutes. Serve with roast chicken or pork. 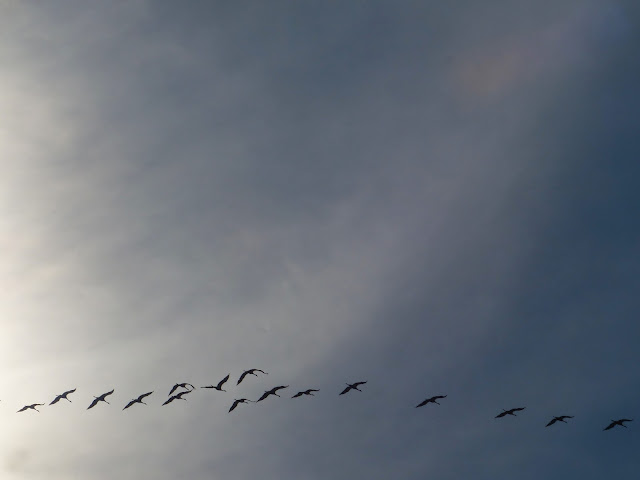 Elsewhere in Mailhos, winter is arriving. Broad beans, onions, chicory and garlic are already 30 cms high and hoping that the frost will not be too hard and their young and tender flesh. The last aubergines and peppers cling to their ageing branches while kale and brussels sprouts and persimmon anticipate the first frost which will send their sugar levels to diabetic sweetness. 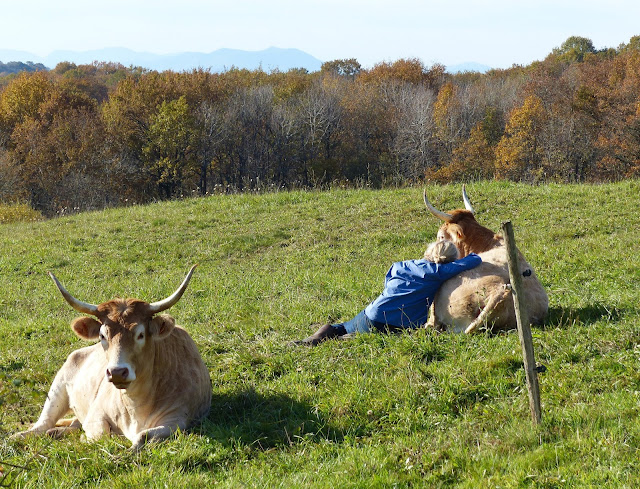 Our young cows have been inseminated with the best of dead Bearnaise bulls as those that exist are too close genetically to take a risk. Babies expected in late July/August... Next year will be a good one! 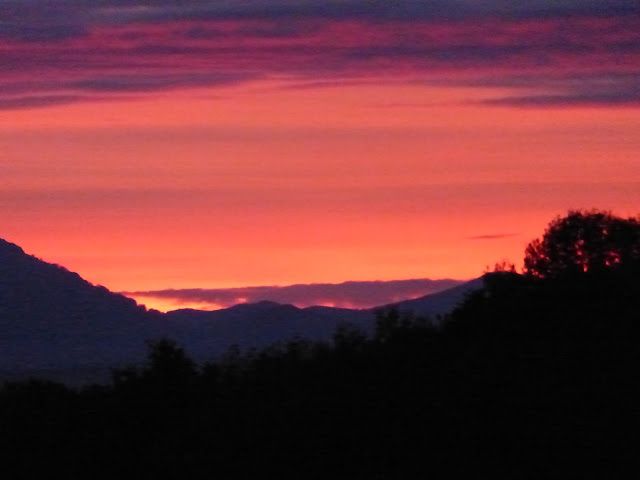